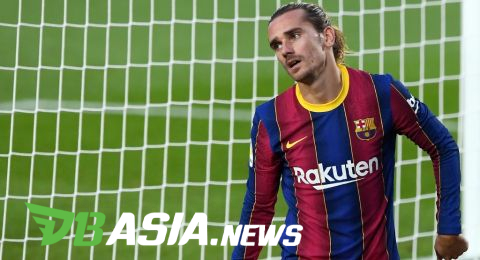 DBasia.news – Antoine Griezmann received terror from a number of Barcelona supporters. This cannot be separated from his statement regarding Lionel Messi.

It’s no secret that Griezmann was involved in a conflict with Messi last season. The problem is believed to be one of the reasons for the sluggish appearance of the French bomber.

Griezmann has not shown his maximum performance since Barcelona’s signing from Atletico Madrid at the start of last season. In fact, the funds spent by the Blaugrana to bring him were not small, reaching 120 million euros.

The 29-year-old player’s appearance also did not progress significantly at the start of the 2020-2021 season. Of the seven matches that have been undertaken, Griezmann has only scored two goals.

In the midst of this difficult situation, Griezmann’s uncle, Emmanuel Lopes, made matters worse. He did not hesitate to say that Messi played an important role in ruining his nephew’s career.

“Griezmann was sure that he would not be successful in the first six months, but what I didn’t expect was that it lasted for the season. Besides, with Messi, I know what’s going on inside, it’s not easy,” Lopes told El Chiringuito.

“Usually in Barcelona, Messi doesn’t work too hard and the training there is made to please certain people. Meanwhile, Antoine needs to work hard to keep his position fine.”

The comments were published last week as Barcelona players strengthened their respective countries. However, seven days was not enough to make El Barca fans forget this.

A number of Barcelona fans surrounded Griezmann’s car after the player left the club’s training ground on Thursday (19/11) local time. They demanded the former Atletico Madrid star to respect Messi.

The video of being surrounded by the Griezmann car by Barcelona supporters has gone viral on social media. This can certainly make the Catalunya club’s dressing room situation heated up again.

Previously, Messi was also confronted with questions regarding Griezmann’s uncle’s comments shortly after landing at Barcelona. La Pulga answered this issue with a little emotion.

“Actually I’m a little tired because it’s always a problem for everyone at the club,” Messi replied briefly.