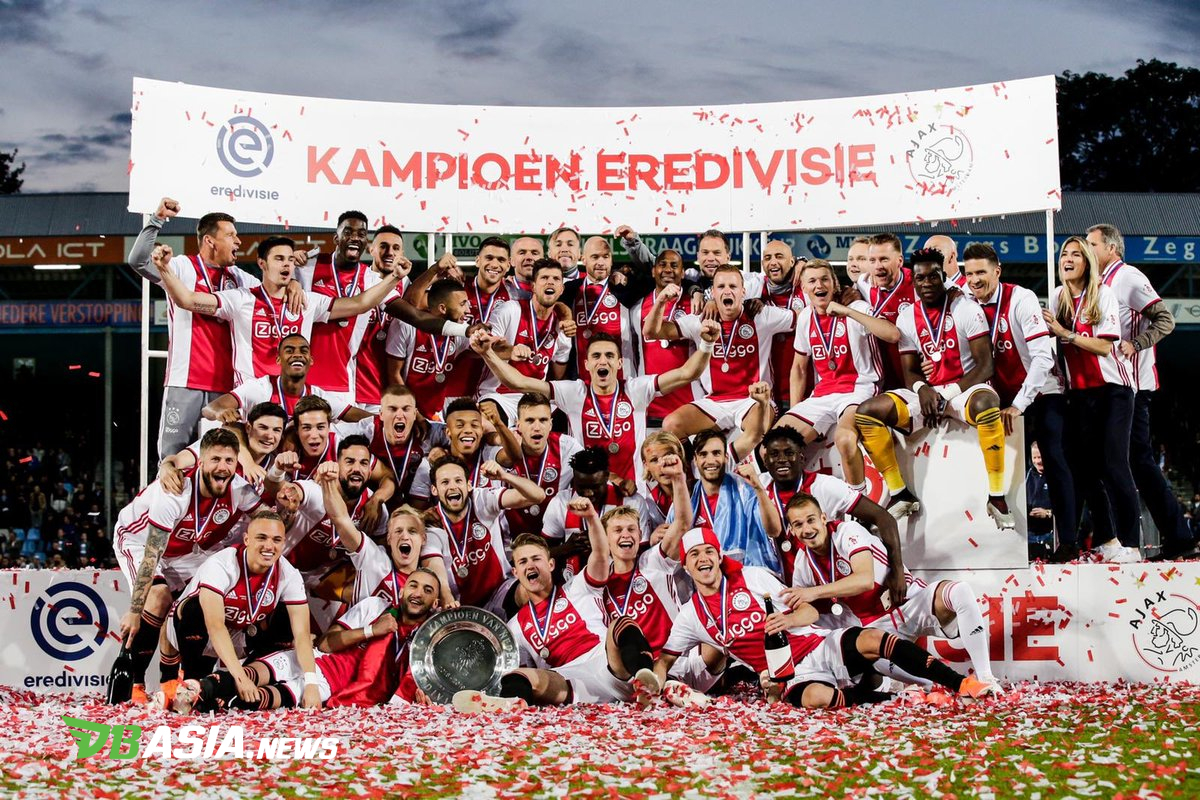 
DBasia.news –  The 2018-19 Eredivisie title was won by Ajax Amsterdam after a 4-1 win over De Graafschap in the Eredivisie match. The title was a vulnerary in the Champions League defeat.

Playing at De Vijverbeg on Thursday (5/16) WIB, Ajax was too strong for the hosts who only dominated 37 percent of the possession. Graafschap equalized in the 40th minute via a Youssef El Jebli’s goal when returning a goal from Lasse Schone in the 37th minute.

But during halftime, Nicolas Tagliafico scored and Ajax won 2-1. In the second half, Erik ten Hag’s team went crazy and scored the next two goals via their top scorer, Dusan Tadic, on the 67th and 87th minute (penalty).

The victory in the final match was enough for Ajax to win the Eredivisie since last reaching it in 2013-14 – the 34th Eredivisie title.

“This (the Eredivisie title) gives great satisfaction. It is truly amazing what the players have done,” Ten Hag said, quoted from NU.nl.

“This is a big season for us. I am very proud of our achievements. We have always played happily and wonderfully. I have to give high praise to my team,” continued the former Utrecht coach.

Ajax won the second title of the season after previously winning the KNVB Cup after a 4-0 win over Willem II. A double win and beating Real Madrid and Juventus in the Champions League, are the pride of Ajax this season.

Ten Hag did not hesitate to admit his team’s offensive game has entertained European football lovers.

“This team has not only captured the hearts of the fans in Amsterdam, but also throughout the Netherlands and Europe. I am very proud of that,” Ten Hag added.

“We won two titles, defeated Real Madrid, Juventus and Tottenham (Hotspur in England). I think the biggest thing is being able to satisfy people with our playing style.”

“The way we played managed to bring good results. It was truly satisfaction. They fought for each other, also played football very well and pleasantly. It was wonderful to see that,” concluded Ten Hag.