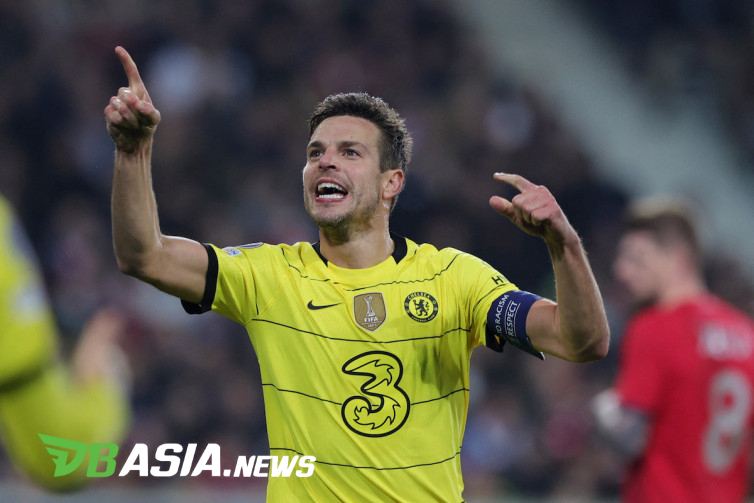 DBasia.news – Cesar Azpilicueta appeared as a Chelsea hero when they traveled to Lille headquarters in the second leg of the 2021-2022 Champions League last 16 round. He became the decisive victory for the visitors.

In the match that took place at Stade Pierre-Mauroy, Thursday (17/3), Chelsea beat Lille with a score of 2-1. This result makes the Blues lead 4-1 on aggregate and have the right to advance to the quarter-finals.

Even so, this victory did not come easily. Lille gave fierce resistance throughout the match.

The hosts even took the lead through Burak Yilmaz’s penalty in the 38th minute. The prize was given by the referee after Jorginho made a handball in the forbidden box.

Chelsea equalized in first-half injury time through Christian Pulisic’s shot. The 1-1 score lasted until the break.

“I just put my foot down and did it with my knee. Of course, I’m happy, because I’m not very used to scoring goals and obviously the winning goal took us to the quarter-finals,” Azpilicueta told UEFA’s official website.

Azpilicueta’s performance bears special praise from the coach, Thomas Tuchel. The 32-year-old player is considered to show his totality as captain.

“Azpilicueta is perhaps the perfect example of a leader. He just did what he did, and he did it in the good times and the bad,” said Tuchel.

“When he has periods of not playing regularly, playing at full-back which is probably not his best position, he is still there. That’s the attitude it takes to captain Chelsea and he’s already a legend.