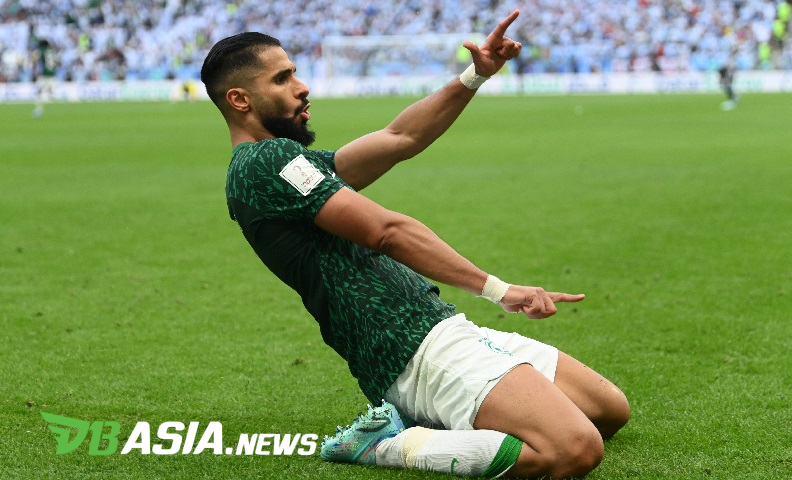 DBasia.news – The surprise occurred during the first match in Group C of the 2022 World Cup, between the Argentina national team and the Saudi Arabian national team. The Albiceleste had to lose 1-2 and their unbeaten record of 36 matches ended.

10 minutes in and Argentina were superior. The violation was committed by Ali Al Bulayhi in the eighth minute against Leandro Paredes in the penalty box. Lionel Messi became the penalty taker and did his job well. 1-0 to Argentina.

After that goal Argentina dominated with possession but Saudi Arabia, unexpectedly, played well and organized at the back. Their defense was challenging for Argentine players to penetrate.

In fact, in several moments, Argentina’s attack were thwarted by the offside trap (seven times offside) which was demonstrated by the Saudi Arabian defense. Messi’s goal was the only goal in the first half. Argentina 1-0 Saudi Arabia.

The surprise happened in the second half. Just two minutes into the second half, Saudi Arabia surprised the public with a goal scored by Saleh Al Shehri after receiving a ball from Feras Al Brikan. Al Shehri fired well even though it was escorted by Cristian Romero. 1-1 equal position.

The momentum continued with the second goal scored by the 31-year-old striker, Salem Al-Dawsari, in the 53rd minute. The Al-Hilal striker received the ball on the right side of Argentina’s penalty box, shook the opponent and fired a shot that resulted in a goal against Argentina which was guarded by Emiliano Martinez. Saudi Arabia took the lead 2-1.

10 minutes of added time and Argentina were frustrated by the tight defense of Saudi Arabia. Surprises ensued at the Lusail Stadium and Saudi Arabia won 2-1 over Argentina, ending Argentina’s unbeaten record.