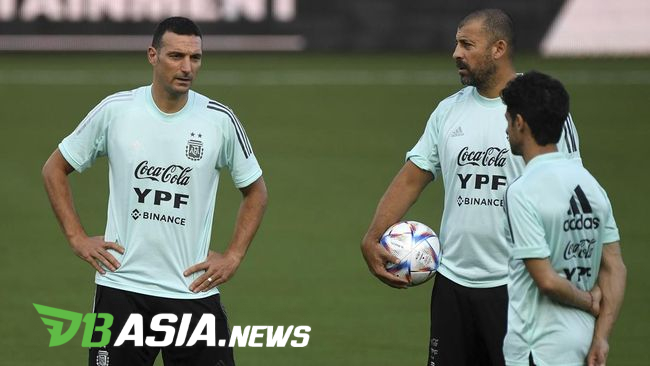 DBasia.news – Lionel Scaloni did not rule out the opportunity to change the line-up ahead of the 2022 World Cup.

Argentina as one of the champion candidates continues to prepare for the 2022 World Cup. Most recently, La Albiceleste held a test match against the United Arab Emirates.

In the match which was held at the Mohamed Bin Zayed Stadium, Argentina won a landslide lead of five goals without reply. Lionel Messi also contributed one goal.

However, Lionel Scaloni admits that he is not satisfied with his current squad. He saw that there were players who were not at 100 percent physical condition. Therefore, he opened up the opportunity to change the composition of the players who were brought to the 2022 World Cup.

“There is a possibility that the list of 26 players for the World Cup will change. We’ll see,” Lionel Scaloni told Sport.

According to regulations, teams can still change their players before 24 hours before the game. Argentina will only play against Saudi Arabia on Tuesday, November 22. Although, there is still a risk of changing players suddenly.

“There are players who are not 100 per cent fit. We want to be careful and see how they develop,” he explained.

Indeed, there are a number of Argentinian players who are reportedly not in the best physical condition. The first is AS Roma striker, Paulo Dybala. Apart from that, there is also Nicolas Gonzalez and Marcos Acuna.