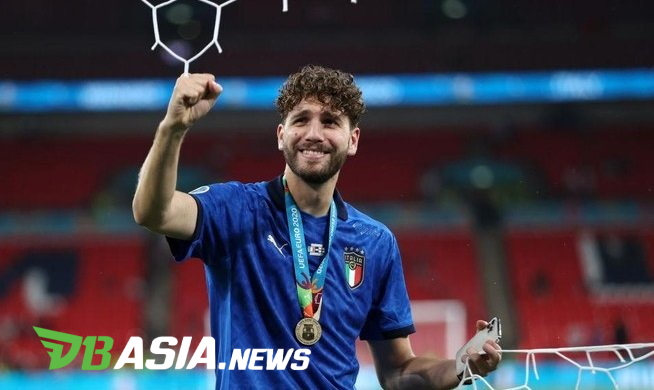 DBasia.news – Arsenal reportedly have the opportunity to overtake Juventus in the race for Sassuolo midfielder, Manuel Locatelli. So far, the Bianconeri’s offer has been rejected by Sassuolo.

Manuel Locatelli is one of the names being talked about in the transfer market this summer. Locatelli considered it was time to change clubs for the sake of his career development.

Locatelli was in the spotlight after appearing at the 2020 European Cup. The former AC Milan player brought the Italian national team to be the best. Locatelli also showed off by scoring two goals.

Currently, Juventus are at the forefront of the race to sign Locatelli. Juve have sent their representatives to meet Sassuolo officials.

However, at the meeting, no hands were shaken. The reason, Juventus’ first offer was only a loan plus a redemption option worth 30 million euros.

Sassuolo are only willing to let Locatelli off with a direct sale of 40 million euros. Reportedly, the two sides will meet again to discuss the transfer.

However, Juventus has the opportunity to be cornered by Arsenal. The Gunnners are believed to have no problem if they have to disburse 40 million euros to bring Locatelli.

The problem for Arsenal is convincing Locatelli to move. As the midfielder is reportedly making Juve a priority.

According to other reports, Arsenal have reached a verbal agreement with Brighton & Hove Albion regarding Ben White. The Gunners will disburse funds of around 50 million pounds.

However, at this time the transfer could not be completed. The reason, the 23 year old defender is on vacation after defending the England national team at the 2020 European Cup.