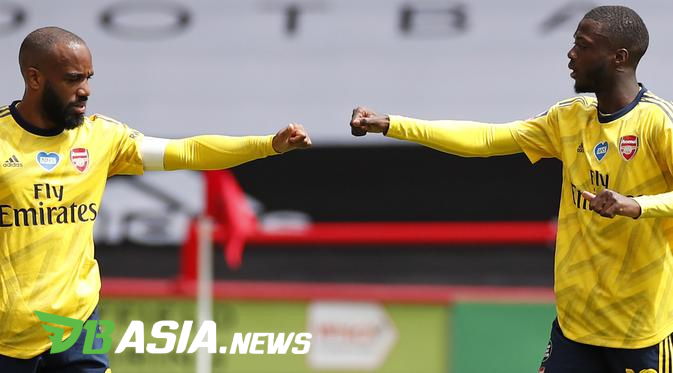 DBasia.news – Arsenal advanced to the FA Cup semifinals after defeating Sheffield United 2-1 at Bramall Lane on Sunday (6/28/2020). These results keep their chance to win the trophy in the 2019/2020 season.

Arsenal took the lead in the 25th minute via a Nicolas Pepe penalty which David McGoldrick replied in the 87th minute. Four minutes later Dani Ceballos became a supersub with his goal that gave Arsenal the victory.

Loaded by OptaJoe, Ceballos’s goal was special because Real Madrid’s loan players scored for the first time in 18 competitive matches with Arsenal. His last goal came in October 2019 when against Standard Liege.

With certainty that Arsenal overtake their rivals, Manchester United to the semifinal phase. The day before Man United directed by Ole Gunnar Solskjaer conquered Norwich City with the same score: 2-1 through extra rounds.

The escape of the two teams gave rise to an interesting fact. Both Arsenal and Man United have qualified 30 times in the FA Cup semifinals and will later take place at Wembley.

“Arsenal have qualified for the FA Cup semifinals for the 30th time: entering clubs in the history of competition (along with Manchester United),” @OptaJoe said.

Speaking of the FA Cup as the oldest tournament in England, Arsenal does have a sweet record there. They broke the record as winning the most FA Cup titles 13 times and seven of them were won in the era of Arsene Wenger.

Arsenal can meet with Man United or the winner of the match between Leicester City against Arsenal and Newcastle United against Manchester City. Meanwhile Mikel Arteta, Arsenal manager praised the appearance of foster children when defeating Sheffield.

“They (young Arsenal players) developed and they wanted to find lots of characters to play,” Arteta told BT Sport.

“We really need it (victory), we play four away games after (pause) corona virus and this is not easy in the Premier League. Hopefully we can maintain this momentum,” he explained.