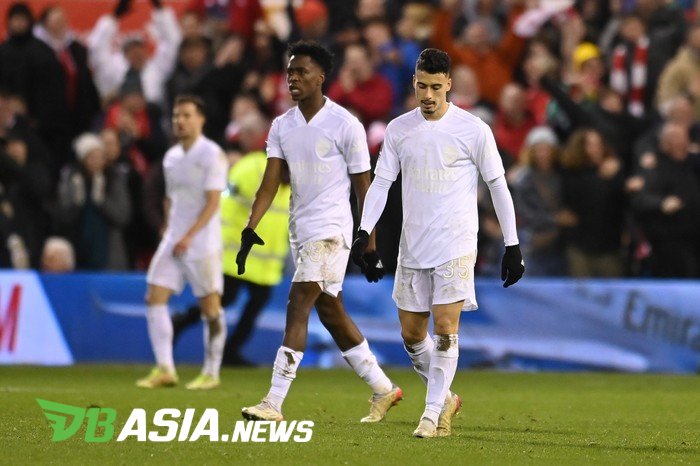 DBasia.news – The defeat to Nottingham Forest not only made Arsenal eliminated from the FA Cup. New drama now has the potential to damage the Gunners’ changing room.

Arsenal surprisingly lost 0-1 to Nottingham Forest in the match which took place at the City Ground, Monday (10/1) morning WIB. This result was a big surprise as the team with the most FA Cup trophies were eliminated by the Championship representatives.

Nottingham’s only goal was scored by Lewis Grabban in the 83rd minute. Ironically, Arsenal were not able to record a single shot on goal.

Arsenal manager, Mikel Arteta also made a controversial decision when he pulled out Nuno Tavares when the game had only been running for 35 minutes. This change indicates something is wrong with the game from the North London team.

However, Arteta’s decision was responded emotionally by Tavares. He appeared upset when he left the field.

Tavares and Arteta’s relationship is predicted to heat up due to the incident. It is possible that the Portuguese player will be penalized for his excessive attitude.

Arteta himself was reluctant to talk much about his decision to withdraw Tavares. It was purely for tactical reasons.

“I just did it to try to improve the team’s performance. But I don’t want to talk about any individual,” said Arteta after the game.

“I understand that (causing the drama). But I had to make a decision to try to improve the team’s performance when plans didn’t work out.”

Tavares has the opportunity to follow in the footsteps of Pierre-Emerick Aubameyang, who is also at odds with Arteta. It is possible that his status would be frozen from the first team and he would enter the selling list in the near future.