Arsenal failed to win over a Scottish team 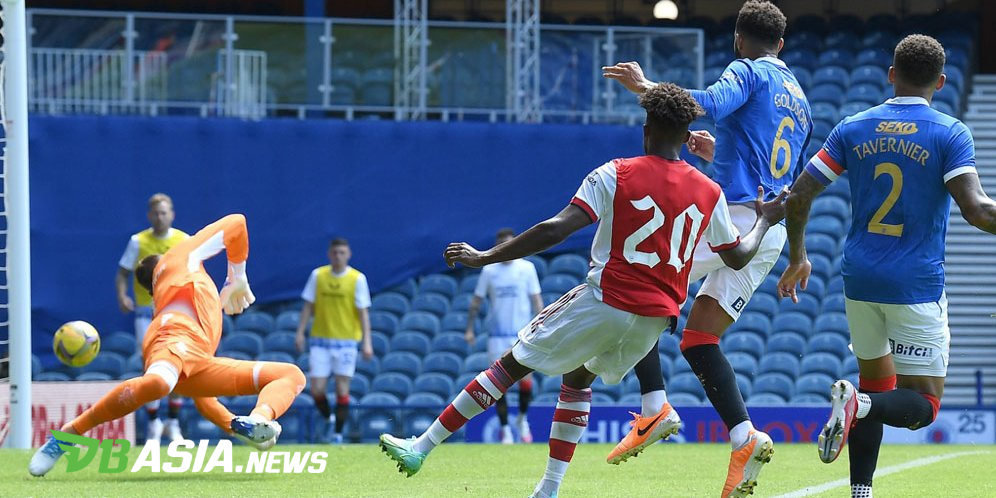 DBasia.news – Arsenal resumed the pre-season to prepare for the 2021/2022 competition. The London Cannon continued to fail to win against a team from Scotland.

Arsenal previously lost 1-2 against Hibernian as a team from Scotland. The match was the Gunners’ first trip in the 2021/2022 pre-season.

Arsenal are back to try the strength of the Scottish team, this time is Rangers FC. Competing at the Ibrox Stadium, Saturday (17/7/2021) evening, WIB, Arsenal drew 2-2.

Rangers took the lead in the 14th minute through Leon Balogun’s goal. Nuno Tavares then leveled the score at 1-1 in the 23rd minute and the result lasted until halftime.

Arsenal were back behind in the 75th minute. This time it was Cedric Itten’s turn to break into Mikel Arteta’s goal with a header from a corner kick.

Arsenal survived the defeat in the 83rd minute. Eddie Nketiah scored to make it 2-2 with a left footed shot inside the box.

Arteta was not disappointed with this result. The manager was satisfied with the performance of his squad as it created many chances.

“Overall I am thrilled with his performance. I think we dominated the game, we created so many chances, I counted about eight or 10 clear chances for goals,” Arteta said as quoted by Arsenal’s official website.

“We weren’t clinical in the box and we conceded two goals from two corners, which was the only chance they had apart from the counter-attack.”

“It was much better than the day before and you said that physically we were better in the second game, the organization was better, individually they played better, but I really liked the collective understanding of the game and how we executed a lot of the things we had appllied in training,” Arteta confirmed.

Next Arsenal will met Inter Milan in the Florida Cup. The event will take place at the Camping World Stadium, Saturday (26/7/2021) am, WIB.

Arsenal failed to win over a Scottish team