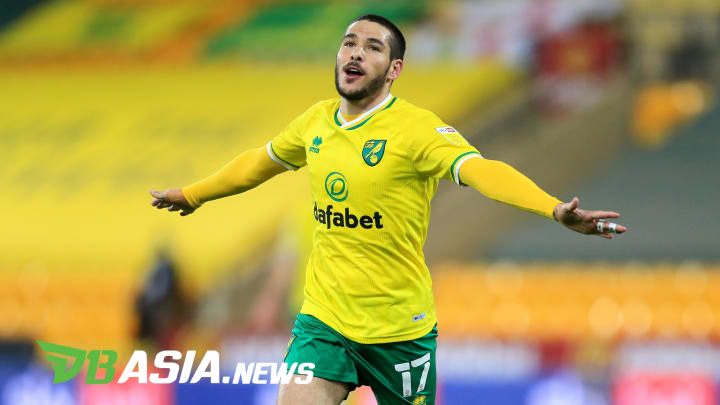 DBasia.news – Arsenal ended the 2020-2021 season with disappointment. Failed to win a trophy and also didn’t make the top four and even the European zone. But that did not stop the Gunners looking for new players.

Ahead of the 2021 summer transfer market, Arsenal are targeting a name that Aston Villa is also eyeing, Emi Buendia. The 24-year-old Norwich City playmaker has been on Arsenal’s transfer radar for a long time, even before Mikel Arteta took charge of Arsenal.

Arsenal are no longer reinforced by Martin Odegaard who returned to Real Madrid because his loan period ended. So is Dani Ceballos. No doubt Arsenal do not have an attack regulator after Mesut Ozil left.

Buendia’s name is on Arsenal’s transfer list. The price is allegedly 30 million pounds or more and it is only a matter of time before the player chooses his own new port, be it Arsenal or Villa.

Arteta has seen Buendia live action when Norwich were still playing in the Premier League (before relegation). At that time Arteta was still Pep Guardiola’s assistant at Manchester City when they lost 2-3 to Norwich.

Buendia created two assists in that match and since then Arteta has included Buendia’s name in the list of players he is looking for. According to Mirror Buendia is Arsenal’s priority in the summer.

With no participation in any European club tournament, be it the Champions League or Europa League, Arsenal are fully focused on playing in the league and Arteta is still given time to develop his squad.