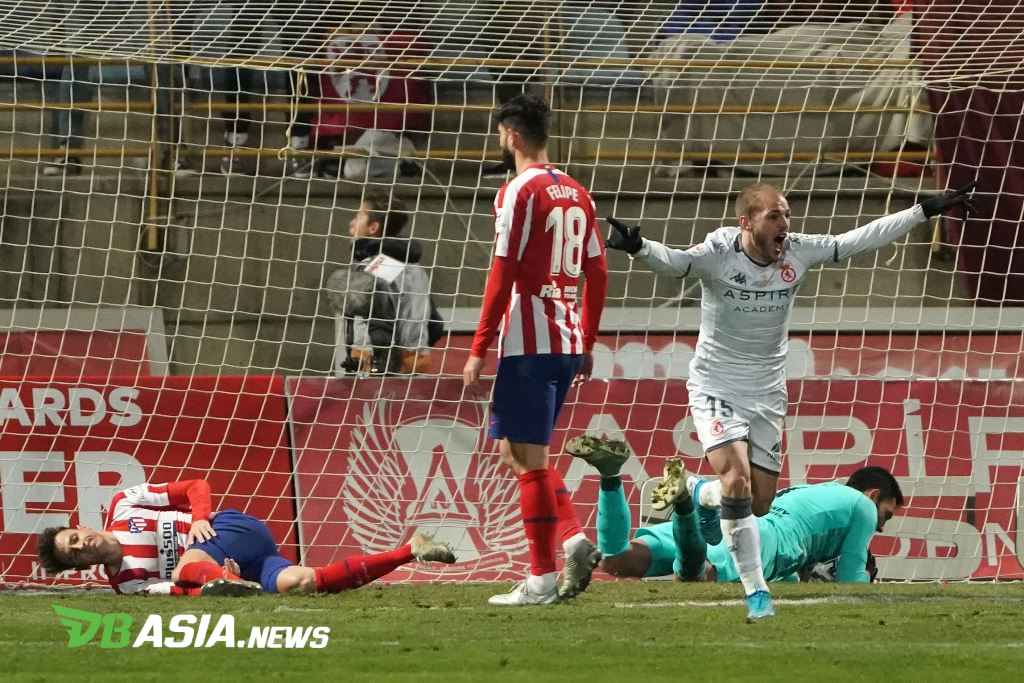 DBasia.news –  The Copa del Rey trophy match gave a surprise that stunned the world of Spanish football. As the three teams that played in La Liga must give up their tickets to the top 16 of the Copa del Rey. Atletico Madrid, Eibar and Real Betis had to be defeated, Atletico Madrid, Eibar and Real Betis from lower league teams.

Atletico who traveled to the Cultural Leonesa headquarters has a hard time facing the Segunda Division (second caste) team and was only able to open the scoring in the 62nd minute through Angel Correa’s goal, RFEF’s official website notes.

However, the advantage was lost in the 84th minute when Atletico failed to anticipate the host’s corner kick perfectly and the ball fell near the white spot to be greeted by Julen Castaneda’s volley kick.

The 1-1 draw lasted until normal time was over and Leonesa consistently implemented a counter-attack strategy in extra time, until Sergio Benito put the hosts back ahead.

Leonesa’s advantage lasted until the extra round was completed, knocking out Atletico.

In other matches, Eibar lost 1-3 to third-caste, Badajoz.

While Betis drew 1-1 in normal time, 2-2 in the extra round and eventually lost on penalties 2-4 to the second caste team, Rayo Vallecano.

The elimination of Atletico, Eibar and Betis has made the number of La Liga camps whose steps have been stalled in the last 32 of the King’s Cup to eight teams.

The draw of the King’s top 16 round will take place on Friday in Spanish time.