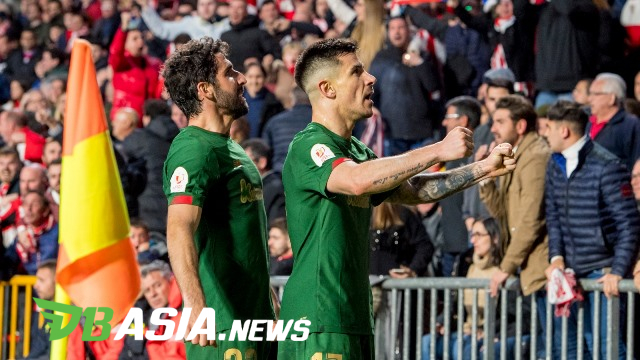 DBasia.news –  Athletic Bilbao are certain to qualify for the Copa del Rey Final 2019-20 season. Despite losing 1-2 at home to Granada in the semifinal second leg, Friday (06/03) AM.

Athletic Bilbao’s step in qualifying for the Copa del Rey final was determined nine minutes before the leg II match at home to Granada was over. Yuri Berchiche, former Paris Saint-Germain player, scored a goal that made it 1-2. Without that goal, Granada would have qualified for the top party.

The success of Athletic Bilbao is at the same time ensuring the creation of a rare final at the Copa del Rey event. That’s because they will meet fellow Basque club, Real Sociedad. Thursday (05/03) AM local time, Sociedad got rid of the surprise team, CD Mirandes, thanks to a single goal from Mikel Oyarzabal’s penalty. That result has made them superior to 3-1 on aggregate.

The meeting of the fellow Basque clubs in the final of this event is something that is very rare. The last time it happened was in 1927, or 93 years ago! At that time, Real Union met Arenas. The result, Real Union won 1-0 thanks to Jose Echeveste’s single goal in the 117th minute.

For Athletic Bilbao, the success of qualifying for the finals this time ended after waiting for 5 seasons. In 2014-15, they also qualified for the finals, but lost 1-3 to Barcelona. Meanwhile, Real Sociedad ended their 32-year wait. The last time they competed was in the final of the 1987-88 season. At that time, they were beaten 0-1 by Barcelona.