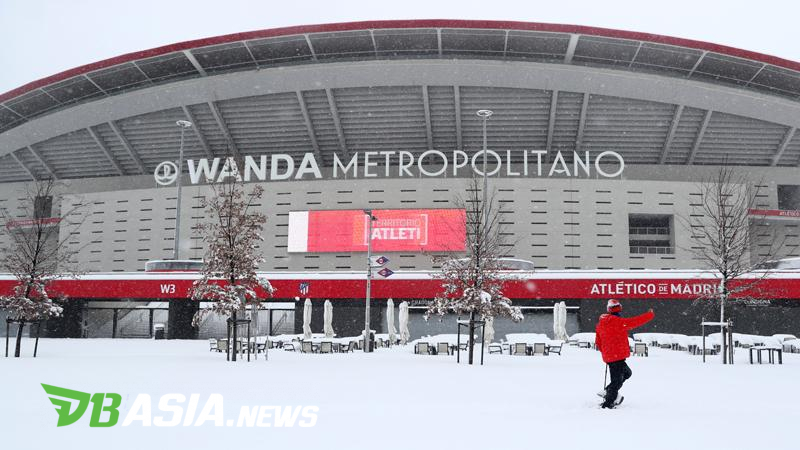 DBasia.news – The battle for the leaders of LaLiga Atletico Madrid against Athletic Bilbao which was scheduled for Saturday (9/1) evening WIB was postponed due to a snow storm.

LaLiga said heavy snow from Hurricane Filomena left thousands of Spanish drivers trapped in their cars on Friday (local time) because roads were blocked and Madrid Airport was closed.

According to LaLiga, the have asked for a postponement in light of the extraordinary situation caused by the storm over a large part of the peninsula. It is believed that snow storms will make field conditions impossible to use. The schedule for the postponed game will only be confirmed later.

Bilbao said that the plane carrying the squad to Madrid was unable to land and had to turn around.

Real Madrid’s match against Osasuna is also in danger of being postponed after the Spanish champions were stuck on the plane for more than two hours due to ice on the Barajas airport runway.