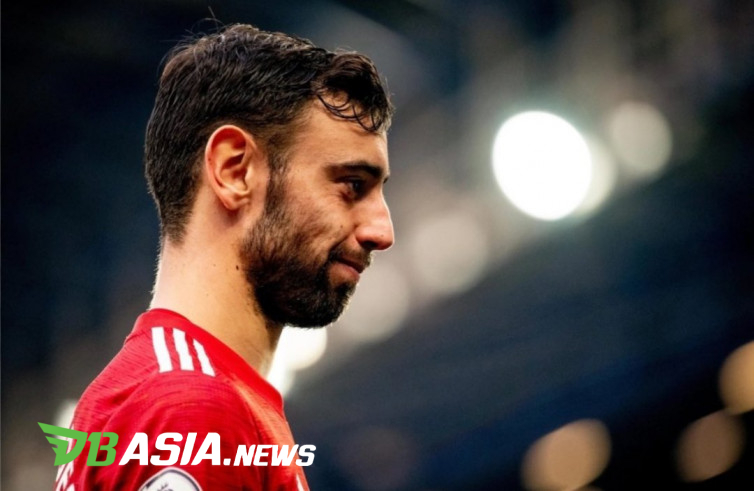 DBasia.news – Barcelona and Real Madrid are reportedly eyeing Manchester United midfielder Bruno Fernandes. Barca and Madrid assess that conditions at Man United which are not good will increase the chances.

Bruno Fernandes joined Manchester United in the middle of last season. The Portuguese player is an old target for the Red Devils. To get Fernandes, Man United spent 40 million euros.

It didn’t take long for Bruno Fernandes to make the Old Trafford public fall in love. From 33 matches in various competitions, the former Udinese packed 18 goals plus 13 assists.

However, currently Manchester United are considered too dependent on Bruno Fernandes. This view backfired on the player when Man United failed to win.

Bruno Fernandes is often seen as the culprit of Manchester United’s minor results. Moreover, currently Man United are scattered at the bottom of the Premier League standings.

This condition made Bruno Fernandes feel uncomfortable. Fernandes was uncomfortable with the criticism given to him. Moreover, Manchester United has not shown any signs of winning the title soon.

Barcelona and Real Madrid, knowing Fernandes’ restlessness, also plan to make a maneuver. According to Fichajes, the two Spanish giants are ready to make bids at the start of next season.

For Barcelona, Bruno Fernandes will provide a new dimension in attack. Barca are currently lacking creative players in midfield. The collaboration between Lionel Messi and Fernandes is believed to make Barcelona have no trouble getting goals.

Meanwhile, Real Madrid need a new midfielder after some old faces such as Luka Modric and Toni Kroos are starting to enter the end of their career. El Real is believed to have a large transfer fund after fasting to buy players in the summer of 2020.