Barcelona Could Potentially Freeze Philippe Coutinho If Not Sold This Season 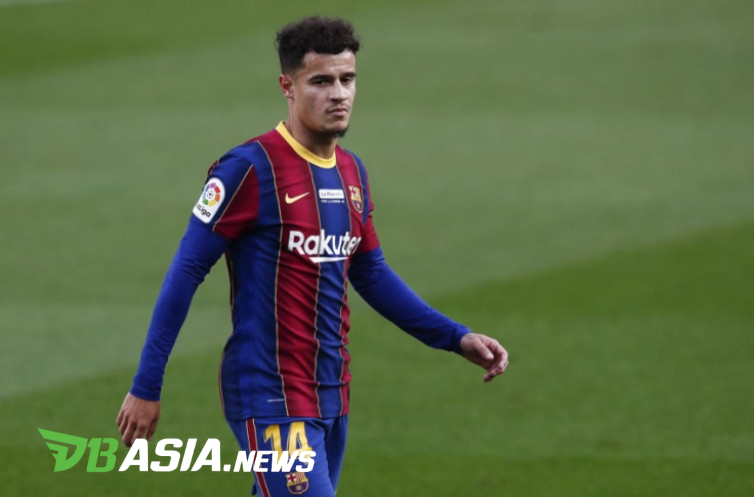 DBasia.news – A radical plan was prepared by Barcelona regarding the future of Philippe Coutinho. The Blaugrana could freeze the Brazilian’s status if it is not sold this summer.

Barcelona is indeed doing laundry by selling a number of players. This is done in order to comply with LaLiga regulations regarding the salary burden limit.

This problem is quite crucial for Barcelona. If it is not able to fulfill it, the team led by Joan Laporta cannot register its four new players and Lionel Messi.

Barcelona has released a number of back-up players such as Junior Firpo, Carles Alena, and Francisco Trincao. But the departure of the three only reduced their salary burden a little.

In order to reduce the salary burden significantly, Barcelona had to release several high-paid stars. The names of Antoine Griezmann and Coutinho were then chosen as sacrifices.

By selling both, Barcelona is said to be able to cut the salary burden of around 50 million euros. A number that makes it easier for El Barca to comply with LaLiga regulations.

Griezmann seems to be waiting for time to leave the Camp Nou. Barcelona is in serious negotiations with Atletico Madrid.

While the situation is more complicated in the case of Coutinho. Barcelona couldn’t charge the midfielder a high price because he was injured.

Even though Barcelona brought him for a fee of around 135 million euros in January 2018. The Catalan club will look stupid if they sell it at a low price.

Keeping the former Inter Milan player also has the potential to cost Barcelona a loss of up to 20 million euros. They are indeed obliged to pay this nominal to Liverpool if they play Coutinho ten more times.

This is what makes the option to freeze Coutinho likely to be taken by Barcelona. They chose not to use their energy for a full season rather than paying 20 million euros to Liverpool.

But Barcelona’s opportunity to sell Coutinho is still open. AC Milan is one of the interested parties to get his services even though the two parties are still far from agreeing.

Barcelona Could Potentially Freeze Philippe Coutinho If Not Sold This Season