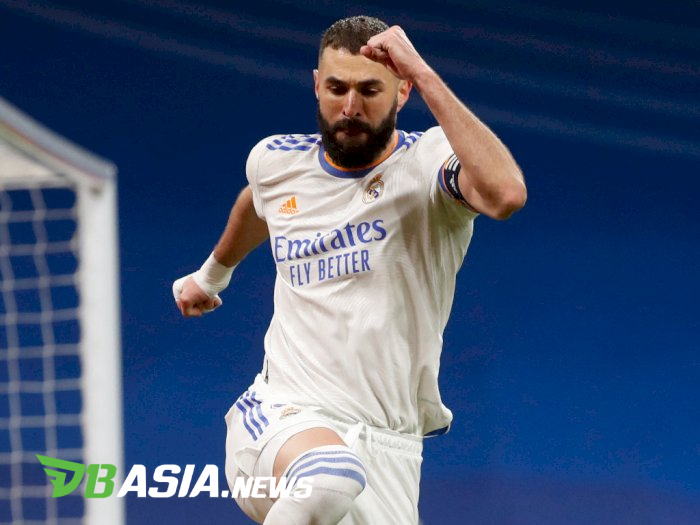 DBasia.news – The older, the worse. The term has proven to be true, especially in European football. Players aged 30 years or over are still excellent and can compete with younger players.

Karim Benzema is one of them. His status as a Real Madrid legend is unquestionable, the real question is, how much legacy or record did he break there?

Benzema (34 years old) has played for Madrid since 2009 after being recruited from Olympique Lyonnais. 3 LaLiga titles, 2 Copa del Rey and 4 Champions League trophies have been won by the French striker.

His playing style is also unique. As a striker, Benzema doesn’t forget his job of scoring goals, but on the other hand, Benzema is a striker who contributes to the team’s attack by retreating to midfield and picking up the ball.

After the departure of Cristiano Ronaldo, his role is increasingly important at Madrid. Most recently, Benzema scored 2 goals (1 penalty) in Madrid’s 4-1 win over Valencia in a LaLiga match at the Santiago Bernabeu, the other two goals were scored by Vinicius Junior.

Vinicius and Benzema have a combined of 35 goals and 17 assists this season. Both are deadly duo in Europe today. But that’s not the only one. Benzema broke the record again with his 2  goals.

The goal from the penalty was his 300th goal for Madrid and his second being his 301st. Benzema is fourth in Madrid’s all-time top scorers behind Ronaldo (450 goals), Raul (323 goals) and Alfredo Di Stefano (308 goals).

“301 goals, a moment of pride to reach this amount at the club and it makes me happy, because this is the best club in the world,” Benzema told Movistar+.

“We played well after losing to Getafe and winning the Copa (del Rey). It was a good game for us and for the fans.”

The 301 goals are divided into 209 goals in LaLiga, 21 goals in the Copa del Rey, 64 goals in Europe and seven goals in other competitions. Benzema’s closest target is to reach Alfredo Di Stefano’s 308 goals.