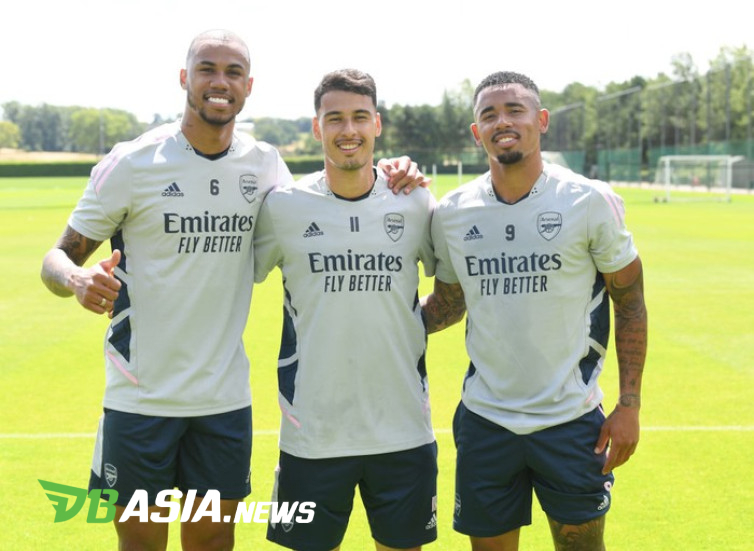 DBasia.news – Arsenal’s neat appearance at the start of the 2022-2023 season did not mean that their players were called to represent their respective countries. In fact, the Brazilian national team even ignored three Gunners players.

Arsenal have surprisingly become title contenders this season under Mikel Arteta. Until the sixth week, the team from North London was still at the top of the standings.

Arsenal’s might is evident by the role of three players from Brazil. They are Gabriel Magalhaes, Gabriel Martinelli, and Gabriel Jesus.

Martinelli and Jesus proved to be reliable up front. Each has now scored 3 goals in the Premier League.

Meanwhile, Magalhaes is a mainstay in Arsenal’s defense. He also successfully contributed 1 goal.

However, these statistics do not guarantee a third place in the Brazilian national team. Samba coach, Tite, chose to call other players to carry out two test matches against Ghana and Tunisia, later this month.

Surprisingly, Tite prefers to call Roberto Firmino and Richarlison to strengthen Brazil’s front line. Even though the performance of the two is still not consistent.

“I haven’t been given a reason why they weren’t called up,” Arteta said at a press conference ahead of the game against Brentford.

Even so, Arteta refused to talk further about Tite’s decision. He focused on maintaining the confidence of his three players, who of course felt disappointed.

“What I have to do is try to convince the players that they have to keep doing their job, keep their heads down and accept the decisions made by the national team coach,” he added.

“If necessary, I’ll give them more reasons to choose. That’s how the players react and there’s nothing more to comment on.”