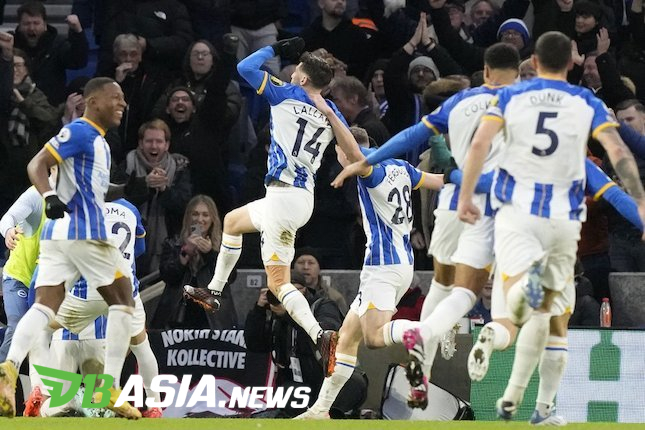 DBasia.news – Liverpool had to accept their defeat when they meet Brighton & Hove Albion in the 2022-2023 Premier League continuation. Jurgen Klopp felt responsible.

In the match that took place at the Amex Stadium, Saturday (14/1), Brighton beat Liverpool with a score of 3-0. It was Red Merseyside’s sixth defeat in the Premier League this season.

Liverpool are predicted to experience difficulties at home to Brighton. However, not many thought that Mohamed Salah and his team would lose with a landslide score.

Brighton was indeed dominant in this match. They excelled in ball possession and shots on goal.

Klopp realized his team was not performing well. But it was not separated from the tactics used.

“We (the coaching staff) try to help the players with a slightly different organization. I really think it can work well,” said Klopp after the game.

“We had moments where the plan worked well, putting Brighton under pressure. But in all situations when we win the ball we lose the ball too easily.”

On paper, Klopp is still using his flagship 4-3-3 formation. Cody Gakpo was installed as the spearhead flanked by Salah and Alex Oxlade-Chamberlain.

But a different game organization is seen in midfield. Thiago Alcantara was pushed a bit further forward, while the other two midfielders Fabinho and Jordan Henderson served as double pivots.

However, this scheme actually made Liverpool lose control in the midfield. Thiago found it difficult to create attacks because he was closely guarded.

“We didn’t win the key battles on the pitch and lost the ball too easily. It’s completely on me because I had an idea with a different formation and it didn’t work out, so I apologize,” he added.

This defeat makes Liverpool scattered even more from the title race. City rivals Everton are now sitting in ninth place with 28 points, or seven points behind the top four.