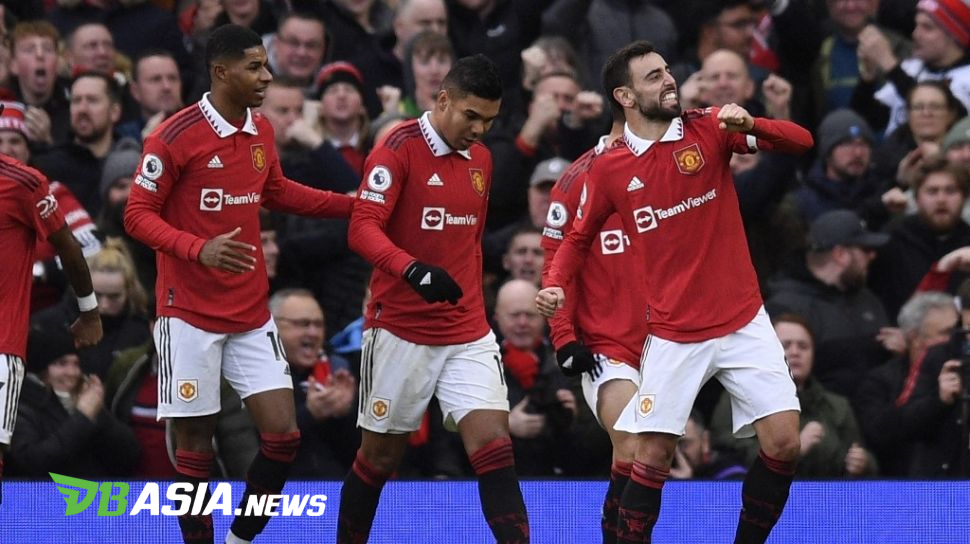 DBasia.news – The meeting between Manchester United and Manchester City in the 2022-2023 Premier League continued to reap controversy. The goal scored by a Bruno Fernandes became a polemic.

In the match that took place at Old Trafford, Saturday (14/1), Manchester United were able to beat Manchester City with a score of 2-1. The results were achieved through a dramatic comeback.

Bruno Fernandes scored the equalizer after Jack Grealish had put the visitors ahead in the 60th minute. But the Portuguese midfielder’s goal drew controversy.

This goal came from Casemiro’s pass for Marcus Rashford who split Manchester City’s defense. But then Fernandes came from behind to meet the pass with a shot that defeated Ederson.

However, the linesman raised the flag for being offside. From replays, Rashford was in front of Manchester City’s defense line when the ball was passed by Casemiro.

This decision was later overruled by VAR. Fernandes’ goal was deemed valid as Rashford did not touch the ball.

According to IFAB regulations regarding offside, a player can be declared offside if they interfere with the opponent by taking actions that are clear and affect the opponent’s movements.

At this moment, Stuart Attwell as the referee and Michael Oliver who served as VAR assessed that Rashford did not interfere with the opponent’s movements. Therefore Fernandes’ goal was confirmed.

However, this decision also reaped polemic. The Manchester City players even protested until the match was over.

“I saw Rashford, he was clearly offside so I let him. He ran until the last second,” Manchester City defender Manuel Akanji told the BBC.

“He stopped when the ball was in front of him and he was right in front of Eddy [Ederson] because Bruno Fernandes was yelling at him.”

A number of former players who switched professions as observers also questioned the goal. They considered that Rashford clearly made a move that affected the opponent.

“Manuel Akanji stopped because he saw Marcus Rashford was offside. Then Ederson moved to save from where Rashford was going to shoot so he got everyone’s attention,” said Ian Wright.

“I don’t understand how you can say that Rashford didn’t interfere,” continued Gary Lineker.

Even so, many also considered Fernandes’ goal to be legitimate. One of them is a former Premier League referee, Chris Foy.

“It’s no surprise that opinion is divided over Manchester United’s equaliser. But I saw absolutely no reason why it shouldn’t have been allowed,” wrote Chris Foy in his column for the Daily Mail.

Attwell and Cann concluded it didn’t happen and then VAR checked the footage. They have decided that the officials on the pitch did not make a clear and obvious mistake with this decision.”

Even so, Foy considered it reasonable to have pros and cons at this moment. Everyone certainly has a different point of view.

“It’s subjective, of course. But as I said, there’s no reason why the goal shouldn’t be allowed,” he added.

This moment was indirectly detrimental to Manchester City. The mentality of Erling Haaland and his team seemed disturbed and resulted in conceding the second goal just four minutes after the incident.