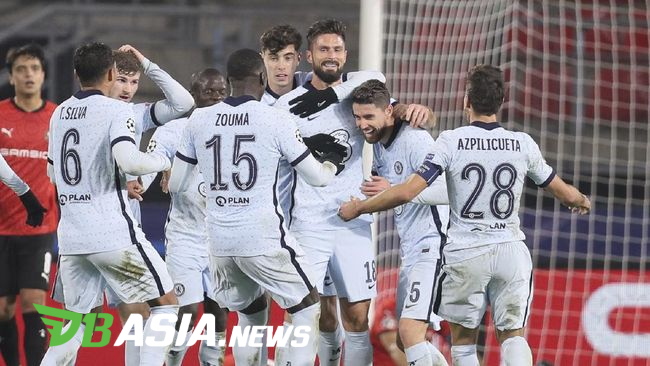 DBasia.news – Chelsea managed to secure a place in the top 16 of the Champions League. The Blues won 2-1 over Stade Rennes at the Stade de la Route de Lorient, Wednesday (25/11) am, in the fourth match of Group E.

The result ensured Chelsea to head to the knockout stages with 10 points despite two games remaining. Chelsea qualified with Sevilla, who both have 10 points, followed by Krasnodar and Rennes who won one point.

Stade Rennes made five substitutions from the side that lost to Bordeaux in Ligue 1. Julien Stephan played a 4-3-3 tactic, while Frank Lampard’s Chelsea played Callum Hudson-Odoi, Timo Werner and Tammy Abraham as the trident up front in a 4-3-3 formation.

Chelsea started well and created a chance from Werner after receiving the ball from Hudson-Odoi, unfortunately his shot went wide over the Rennes’ goal on the fifth minutes.

17 minutes later Chelsea’s possession and intensity of play were paid for with a goal that gave the lead. After getting the ball from Jeremy Doku, Mason Mount provided an assist to Hudson-Odoi who converted it into a goal past the opponent’s defense.

Rennes was under constant pressure but they were not without opportunities. In the 40th minute Rennes created a chance through Serhou Guirassy, but a narrow angle and Edouard Mendy’s alertness closes the space making it difficult for him to score. As a result the first half closed with a 1-0 advantage for Chelsea.

In the second half Rennes tried to play more aggressively to score goals. Their real chance was born in the 73rd minute from Guirassy with his right foot, but this time the opportunity that came was pushed over by former Rennes goalkeeper, Edouard Mendy.

Rennes’ patience to attack finally resulted in a goal in the 85th minute. Guirassy finally scored when he grabbed a corner kick taken by Benjamin Bourigeaud. 1-1 Rennes equalizes.

Between the changes, Lampard made the right decision to enter Giroud. The senior French striker scored Chelsea’s second goal right in the 90 + 1 minute.

Giroud defeated Gerzino Nyamsi when he headed the rebound from Alfred Gomis’ edge. The goalkeeper warded off chances from Timo Werner and Giroud grabbed the wild ball. Chelsea was ahead 2-1 and the score closed the match. The Blues have qualified for the top 16 of the Champions League