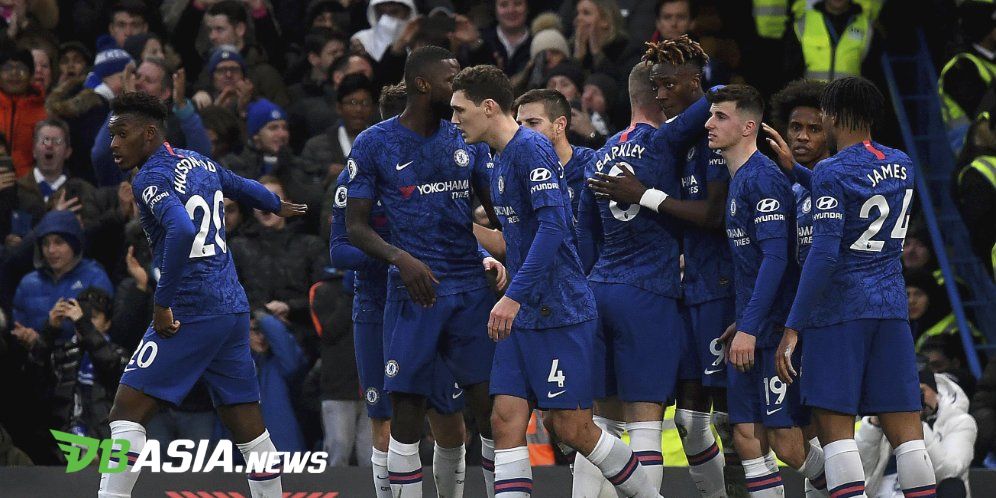 DBasia.news –  Chelsea won a landslide victory with a score of 3-0 over Burnley in the continuing Premier League match at Stamford Bridge. Three goals from Chelsea were scored by Jorginho through the white spot on the 27th minute, Tammy Abraham (30), and Callum Hudson-Odoi (49).

Jorginho managed to maintain a perfect record as the executor of Chelsea’s penalty. Throughout this season the Italian midfielder has never failed in five penalties he executed in all competitions.

Meanwhile Tammy Abraham became the first English player to reach 15 goals in all competitions with Chelsea since Frank Lampard made 17 goals in 2012-13.

Changes were also made by Burnley boss, Sean Dyche, who did not play five players who appeared in the FA Cup.

Burnley tried to immediately kick off Chelsea’s defense at the beginning of the fight. But then the Blues were able to take control of the game.

In the 18th minute the visitors hit Chelsea’s goal. But the referee did not validate the goal as the assistant referee raised the offside flag. The decision was strengthened by the VAR.

The host continued to launch the pressure with a lot of control of the ball. Chelsea finally broke the deadlock when the game was 27 minutes in through Jorginho’s penalty.

The penalty was awarded to Chelsea after Matthew Lowton held up Willian who came in from the left side. Chelsea ahead 1-0.

After 30 minutes, Burnley received two golden opportunities. The first opportunity came from Dwight McNeil. But the ball went horizontally to the corner of the goal and was still able to be driven by Kepa Arrizabalaga and only produced a corner kick.

The second opportunity was born from a corner kick scheme. Luckily for Chelsea as Barkley was able to contain Ben Mee’s heading to the goal line.

Having failed to score a goal, Burnley actually conceded in the 38th minute. The goal from Tammy Abraham’s header maximized Reece James’s cross. Two minutes later James almost added to the Blues goal. But the results of the kick was still able to be blocked by Burnley goalkeeper, Nick Pope.

The 2-0 score for Chelsea lasted until the interval. Throughout the first half Chelsea appeared dominant by being able to control the ball up to 65 percent and release four kicks on target.

When the second half ran for four minutes, Chelsea struck again. This time the Blues’ goal came from Callum Hudson-Odoi who continued Cesar Azpilicueta’s cross, 3-0 for Chelsea.

Half an hour into the game, Burnley tried to take over control of the game by trying to beat the ball longer. Although Burnley’s efforts did not last long and Chelsea continued to force them to survive.

In the 65th minute, Chelsea’s pressure almost resulted. But the opportunity that Abraham and Willian achieved was still able to be secured by Pope. Abraham continued to waste and opportunity two minutes later when his header from close range was off target.

Chelsea continued to press despite winning three goals. In the 75th minute Lampard’s team is again threatened. This time Willian’s effort failed to become a goal after the ball was pushed over by Pope. Burnley’s Goalkeeper was again forced into action in the 79th minute. This time Pope’s action failed Mason Mount hard kick.

Until the referee blew the final whistle, the score 3-0 for the host did not change. Thanks to this victory, Chelsea remain in fourth place in the Premier League standings with 39 points. While Burnley is still in 15th place with 24 points.