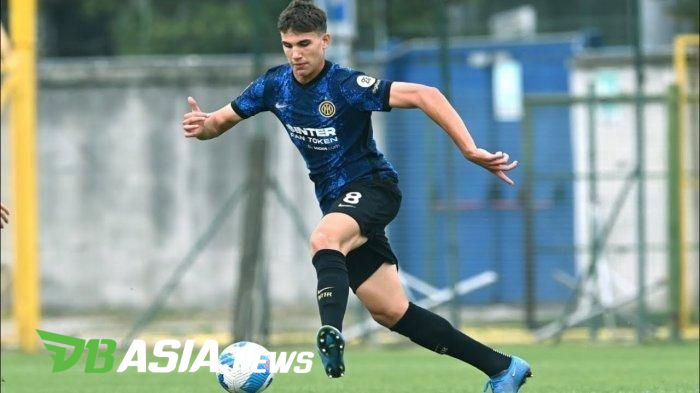 DBasia.news – Chelsea are excited to be able to sign Inter Milan’s young player, Cesare Casadei. But the move won’t easy as OGC Nice and Sassuolo are also hunting for the player’s signature as well.

Casadei has been in the spotlight of a number of clubs since entering the Inter Milan academy in 2018. Now, he is still 19 years old.

The player who is fluent in playing as an attacking midfielder was even praised by a talent scout in Italy, Maurizio Viscidi. According to him, Casadei’s abilities exceed Nicolo Barella and Davide Frattesi.

Not surprisingly, Inter are now keeping these valuable assets. The Nerazzuri reportedly priced his young player at 20 million Euros.

Chelsea became the first club to make an offer to Inter. However, the Blues’ first offer was flatly rejected.

How not, Chelsea’s offer is only around 7 million Euros. The price is still far from what Inter wanted.

Chelsea reportedly will come again with a second offer that reaches 15 million euros.

OGC Nice is the only French club that is interested in the player. Although so far it is not clear what the price will be offered.

According to journalist Gianluca Di Marzio, Nice is currently considering an attractive proposal for Inter.

In order to win the competition with Chelsea, Nice will reportedly include a buyback clause to Inter which considers the player to be an important player in the future.

In addition to the two teams above, Sassuolo recently expressed interest in Casadei.

Just like Nice, Sassuolo is not clear at what price they will bid. In the same report it is only explained that Sassuolo are still thinking about the right offer.

But there is one interesting strategy from Sassuolo. A buy-back clause will also be included, but at a lower price than what Nice will offer.