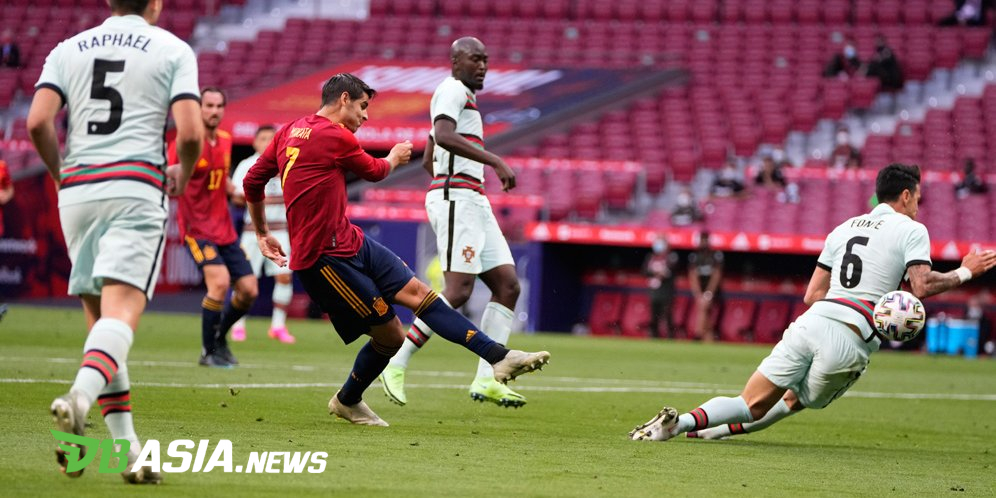 DBasia.news – The Spanish versus Portugal duel in the trial match ended without a winner, Saturday (5/6). In the other party, Italy scored a goal against the Czech Republic.

Spain and Portugal even faced each other at the Estadio Wanda Metropolitano. The match between the two neighboring countries ended in a 0-0 draw.

Spain and Portugal both lowered their best strength. This is a warm-up event for the two teams before fighting in the real event.

Even though it ended goalless, the match between Spain and Portugal was still fierce. Both teams had many opportunities that failed to be maximized perfectly.

Portugal even had time to score through Pepe’s header in the 22nd minute. However, the referee annulled it because there was a violation first.

Spain also got a number of golden opportunities through the action of Alvaro Morata and Ferran Torres. However, the final finishing of Luis Enrique’s team is still disappointing.

From other matches, Italy appeared mighty when they hosted the Czech Republic at Renato Dall’Ara. Roberto Mancini’s team managed to win with a score of 4-0.

Ciro Immobile (23′), Nicola Barella (42′), Lorenzo Insigne (66′) and Domenico Berardi (73′) scored four of Italy’s winning goals. This is a testament to the distribution of Gi Azzurri’s power.