Darwin Nunez could play against Chelsea 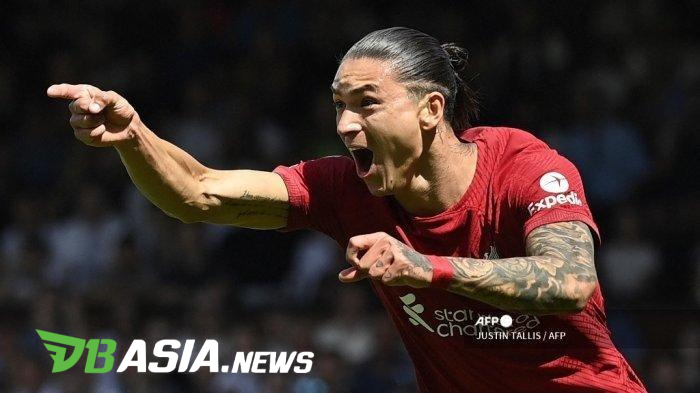 DBasia.news – Darwin Nunez has missed the Reds’ last two games with a hamstring issue, but returned to training in team training and will be back for the game at Anfield.

Liverpool faced Chelsea knowing that defeat, or even a draw, could end their hopes of securing Champions League qualification. Back-to-back league defeats, away to Brentford and Brighton, have left the Reds ninth in the Premier League table, ten points behind the fourth-placed team. Even so, Jurgen Klopp’s team have reaped positive results after winning 1-0 in the FA Cup replay against Wolves in midweek.

Nunez’ return will be a significant boost, with Roberto Firmino (calf), Luis Diaz (knee) and Diogo Jota (calf) all still out. Defender Virgil van Dijk (hamstring) is also out, with Klopp hinting after the Wolves game that the likes of Harvey Elliott, Naby Keita and Joe Gomez, as well as young midfielder Stefan Bajcetic, could retain their places against Chelsea.

Only five players have scored ten goals faster than Nunez for Liverpool in the Premier League era. The Uruguay star did it in just 23 games, with Robbie Fowler, Daniel Sturridge, Fernando Torres, Mohamed Salah and Diogo Jota topping him.

After their clash with Chelsea, Liverpool head to the Amex Stadium to face Brighton in the fourth round of the FA Cup, which is scheduled for January 29.

Darwin Nunez could play against Chelsea