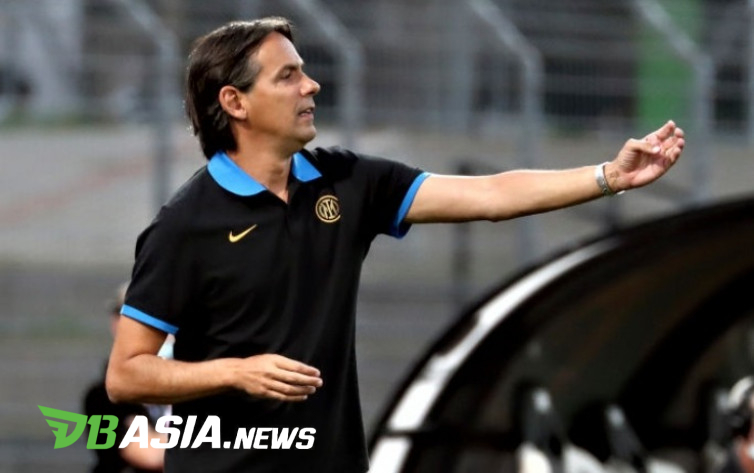 DBasia.news – Simone Inzaghi for the first time led the Inter Milan squad during a trial against Lugano in a pre-season match. But his debut went less smoothly.

In the match that took place at Cornaredo Stadium, Sunday (17/7) early morning WIB, Inter were only able to win on penalties. Both teams drew 2-2 until normal time ended.

Inter actually appeared with a lot of core players from the start of the game. Names such as Samir Handanovic, Danilo D’Ambrosio, Matteo Darmian, to Roberto Gagliardini were regular starters last season.

Names like Radja Nainggolan and Andrea Ranocchia also have a lot of experience. However, the Nerazzurri were two goals behind their opponents.

Lugano found the net within five minutes through Kristijan Lovric (30′) and Mickael Facchinetti (35′). D’Ambrosio then reduced the position to close the first half with a score of 1-2.

Martin Satriano who was only 20 years old appeared as Inter’s savior. He scored one goal in the second half to equalize.

The match then went straight to the penalty shootout. Inter won this phase with a score of 4-3.

Inzaghi from the start predicted that the match would be tough for his team, who had just started the pre-season. Therefore he was not too disappointed even though he had to win with difficulty.

“We found ourselves two goals down but we held on. We responded tremendously given the limited options we had, so I am very happy with them,” Inzaghi said after the match on the club’s official website.

“We kept trying to win it until the end. I’m happy with their reaction and the way they defended because a lot of them had to play 90 minutes straight away.”

As a substitute for Antonio Conte, Inzaghi has the burden of maintaining Inter’s level of play. This less than smooth start certainly added to the pressure on him.

But Inzaghi believes Inter’s game will get better over time. Moreover, a number of key players are still enjoying holidays after competing in the 2020 European Cup.

“Little by little we will get new players when they arrive. (Stefan) De Vrij and (Marcelo) Brozovic will be back in the next few days.”

“The club is doing a great job and we will be ready on August 22.”

Inter will start their journey to defend the Scudetto by hosting Genoa on 22 August. Romelu Lukaku and his friends also took part in the Champions League again.

Debut with Inter MilanSimone Inzaghi Admits Not Went So Smooth