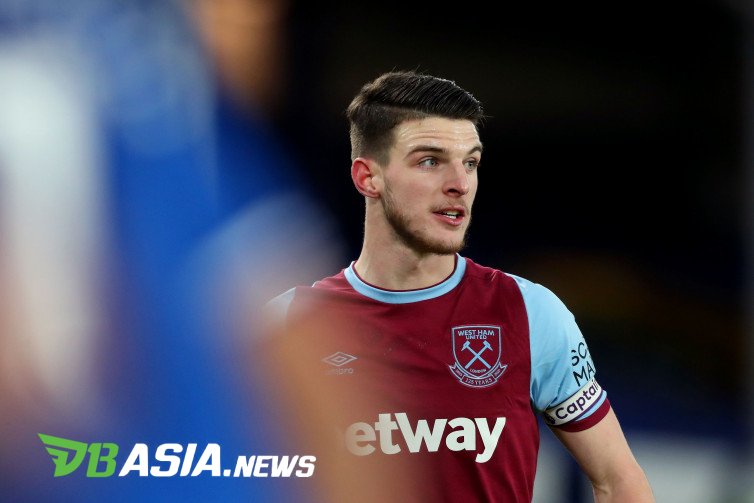 DBasia.news – West Ham United midfielder, Declan Rice is rumored to have leaked his future to his friend. Rice said he would rather join Chelsea than Manchester United.

Declan Rice has become one of the best young midfielders that England has. He made his debut with the Three Lions and scored his first goal against Iceland in November last year.

This season, Declan Rice has made 17 appearances in the Premier League. He packed an assist from that opportunity. Rice’s role was irreplaceable in West Ham’s second line. Moreover, Rice is quite versatile in playing.

Not surprisingly, a number of clubs have their eyes on Declan Rice. Reportedly, Manchester United and Chelsea are competing for the 21 year old player.

According to the Mirror, Declan Rice has spoken with close friends regarding the transfer issue. The player prefers to return to Stamford Bridge rather than joining Bruno Fernandes and team mates.

Declan Rice does have a past with the Blues. He had been with the Chelsea academy before being released at the age of 14.

In addition, Declan Rice is known to have a good relationship with Mason Mount. This could be an ace for Chelsea to persuade Declan Rice to join.

However, Chelsea’s move to obtain Declan Rice did not necessarily go smoothly. The reason is, The Hammers sold the player for 80 million pounds. West Ham are confident that Rice’s contract is still up to 2024.