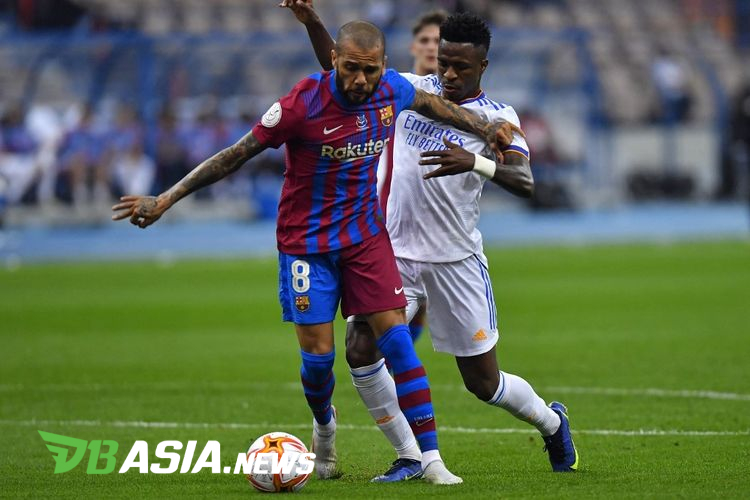 DBasia.news – Real Madrid’s victory over Barcelona in the semifinals of the Spanish Super Cup is considered to be mere luck. Los Blancos was accused of appearing defensively.

In the match which took place at the King Fahd International Stadium, Thursday (13/1) morning WIB, Madrid defeated Barcelona with a score of 3-2. The victory was achieved through a fierce battle for 120 minutes.

In this period Madrid was superior. Federico Valverde scored the winner in the 98th minute which began with a quick counter-attack.

From the match statistics, Barcelona is indeed superior in terms of ball possession and shots. This is what makes a number of parties assess that Madrid’s victory was mere luck.

Madrid coach, Carlo Ancelotti certainly does not agree with this opinion. He believes the dominance of Barcelona’s possession of the ball is part of his tactics.

“I don’t think that Barcelona dominates, because I think it was a balanced game. They used possession and we used the counter-attack,” Ancelotti said after the game.

“The fact that we defend deeper is so that we can use the counter-attack very effectively.”

Ancelotti would have studied the strength of Barcelona. Together with Xavi Hernandez, the Blaugrana did try to re-apply the ball possession style to win.

Ancelotti believes that the counter-attack tactics are very effective to reduce Barcelona’s game. It was proven that his team’s three goals came from this scheme.

“Pressing high is more difficult for us because of the midfielders we have. It may not be aesthetically pleasing, but we can be successful with this,” he added.

“We created quality chances and scored three quality goals in a game that was really even.”