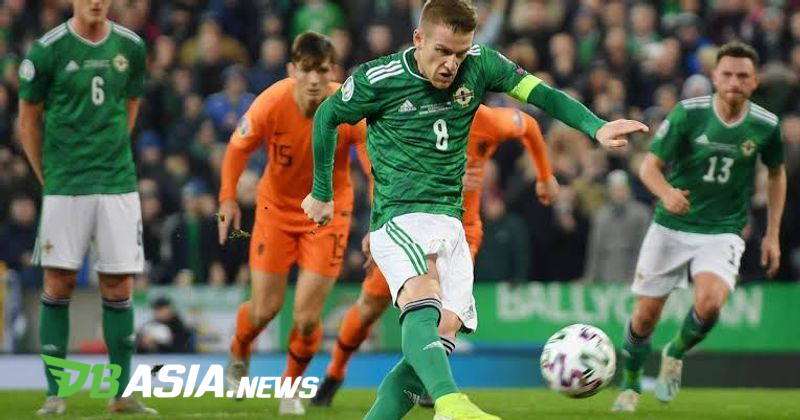 DBasia.news –  The Netherlands has made sure to qualify for the 2020 European Cup finals despite being held to a 0-0 draw by hosts, Northern Ireland, in the continued qualification phase of Group C at Windsor Park Stadium, Belfast.

These results has made the Netherlands collect 16 points and now occupies the second position of the standings above Northern Ireland (13).

Although their points can still be equaled by Northern Ireland in the final match, the Netherlands has managed to escape thanks to the superiority of the head-to-headrecord for winning the first meeting of the two teams.

The decision of head coach, Ronald Koeman, to back up Georginio Wijnaldum and Memphis Depay, two of the most influential players for the Netherlands in recent matches, has proven to make the front lines of the Oranje Team dull.

The best chance of the Dutch was created in the 10th minute when Quincy Promes traversed the left wing sector and released a cross which was greeted by Steven Berghuis’s shot, but the ball had hit the crossbar before being swept by Jonny Evans.

Instead, the host received a penalty kick in the 30th minute when a cross ball sent by Paddy McNair hit Jeol Veltman’s arm inside the restricted area after first hitting George Saville’s knee.

Unfortunately, a golden opportunity from the white point was thrown away by Steven Davis, who became the executioner and sent the ball soaring over the crossbar.