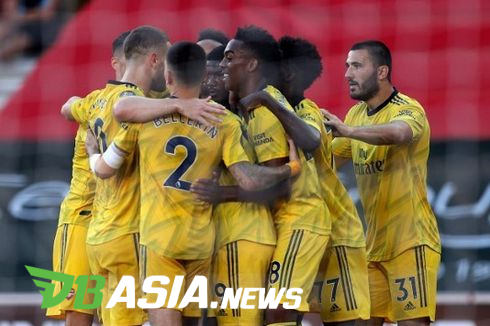 Arsenal won for the first time since the league rolled back amid the corona virus pandemic. After losing to Manchester City (0-3) and Brighton & Hove Albion (1-2), The Gunners won at St Mary Stadium, Southampton headquarters.

Not the senior star players who scored for Arsenal, but two academy products, Eddie Nketiah and Joe Willock. Nketiah scored in the 20th minute and Willock in the 87th minute. Southampton also played with 10 players when Jack Stephens received a red card in the 85th minute.

Southampton ranks 14th with 37 points and 10 points adrift of the relegation zone dwellers, Bournemouth and Aston Villa. While Arsenal, directed by Mikel Arteta, are ranked ninth with a collection of 43 points.

Man City also played with 10 players when Fernandinho received a red card on 77 minutes. Man City’s defeat automatically made Liverpool the 2019-20 Premier League champions with seven matches left. It became the first title of the Reds which was last achieved in 1990 or 30 years ago.

Man City won 63 points at number two of the standings and 23 points adrift of Liverpool at the top of the standings. In the remaining seven matches Man City can no longer pursue Liverpool points even if they wipe out those games with a win.

As for Chelsea, the victory further strengthened their position in the Champions League zone. Frank Lampard’s team is ranked fourth with 54 points and five points adrift of the two teams below them: Manchester United and Wolverhampton Wanderers.