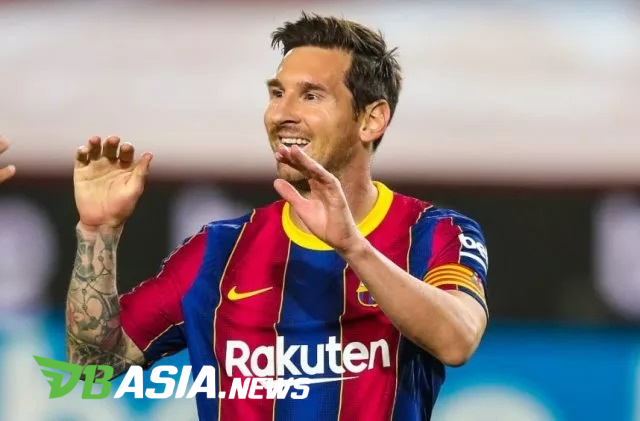 In the 4-2-3-1 tactics employed by Koeman Lionel Messi played the false nine (pseudo attacker) role in front which was supported by the movements of Antoine Griezmann, Philippe Coutinho, and Ansu Fati. This tactic maximizes Fati’s role.

Barca’s two early goals were scored by a 17-year-old striker. According to Opta, Ansu Fati is the youngest player in the top five European leagues to score approximately 10 goals in all competitions since the start of last season – 17 years 332 days old.

Plus his record with Barcelona and the Spanish national team, Ansu Fati has scored seven goals in the last nine games as a starter in all competitions, scored with nine shots on target and won two penalties in two chances to start.

“When a striker scores, they always want more and that’s what happened to me today. The pass for the first goal from Jordi Alba was great, I just have to help him,” said Ansu Fati after the game ended.

Ansu Fati’s future is bright and he is already prepared to be the successor to the 33-year-old megastar, Lionel Messi. Fati learned a lot from the six Ballon d’Or winners.

“Playing with Messi is a dream I have had since I was little and now I can do it. He has always helped me, gave me advice and I am very happy. He helped me a lot on the pitch but also in training,” added Fati.

Messi also listed his name on the scoreboard. As a result, he is now the fourth player in LaLiga history to score goals in 17 consecutive seasons after Agustin ‘Piru’ Gainza (19 seasons), Carlos Alonso (17 seasons), Santillana (17 seasons), and Sergio Ramos (17 seasons).

Koeman did not forget to praise Ansu Fati and also gave him input to fix his focus which was still not consistently maintained.

“We have to highlight Ansu’s performance. I complained a little, but last week was not the best in friendly matches. He is only 17 years old, he will have a great future, but he can still improve a lot of things. Sometimes he lacks concentration,” concluded Koeman.