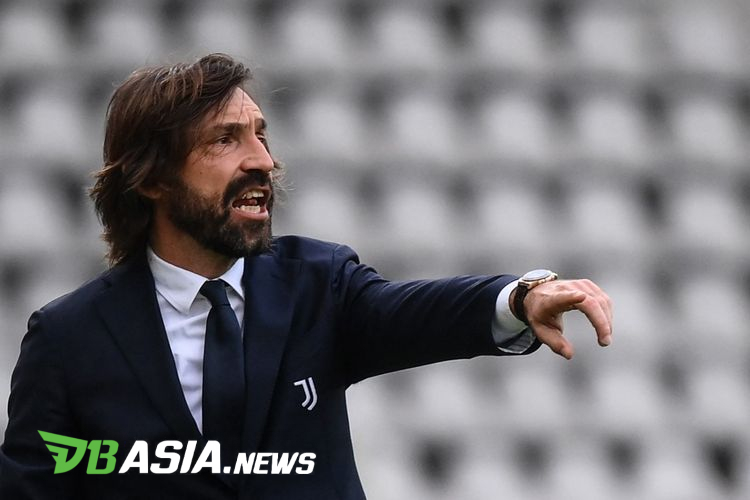 DBasia.news – Juventus coach Andrea Pirlo shifted his team’s focus to securing a position in the top four, aka the Champions League zone, not the Scudetto. That was expressed after Il Bianconeri’s 2-1 win over Napoli.

In the postponed Serie A match at Allianz Stadium, Wednesday (07/04), Juventus won 2-1 through goals from Cristiano Ronaldo and Paulo Dybala which was minimized by Lorenzo Insigne’s goal (penalty) at the end of the match.

Thanks to this result Juventus are in third place with 59 points from 29 matches. Juventus are 12 points adrift of leaders Inter Milan and the match has 10 weeks remaining.

Mathematically, this achievement can still be pursued, but Pirlo has already given up in the Scudetto competition and has asked Juventus to focus on securing a position in the top four of the standings.

“I made a lot of mistakes, but I will make all of them again. This is my first season, I need that experience for the present and the future,” Pirlo told Sky Sport Italia.

“This is a more complicated season not only for me, but also for many other coaches. Everyone makes mistakes, including me, but I can learn from that and to not repeat them in the future.”

“Our goal now is to finish in the top four because it is challenging to reach the top. There are 10 games to go, this is a mini season that we hope to win, and then prepare for the Coppa Italia,” he stated.

The Coppa Italia is the only title that has the chance to save Juventus’ season. The team from Turin will play Atalanta in the Coppa Italia final on May 19.

Appointed to replace Maurizio Sarri, Andrea Pirlo’s new coaching career is’ for a lifetime ‘and the lack of experience can be seen from Juventus’ inconsistency this season. After being eliminated from the Champions League, it is challenging to defend the Scudetto, Juve only has the Coppa Italia as the only event to win a trophy.

“Both were like when you were at Juventus, you don’t choose goals, you have to get everything. We have a chance to progress in the Champions League, because Porto are at our level, but we are not playing in the right way,” added Pirlo.

“In the weeks after that, we also lost to Benevento and that knocked us out of the Scudetto race. Watching the Champions League match last night really made us angry, because we knew we could be one of them,” he explained.

Andrea Pirlo Aims for the Champions League ZoneForgetting the Scudetto