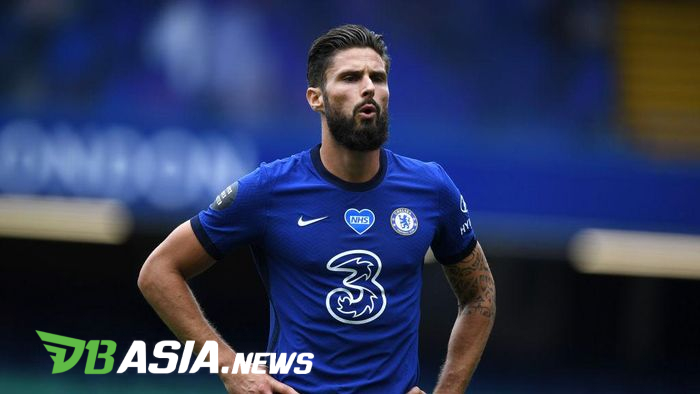 DBasia.news – Chelsea manager, Frank Lampard praised and said that striker Olivier Giroud had given him a headache when it came to team selection.

Most recently, Giroud became the determinant of Chelsea’s victory over French representatives, Rennes, with a score of 2-1 in the fourth match of the Champions League Group E at the Roazhon Park Stadium, Wednesday (25/11) am.

Chelsea took the lead through Callum Hudson-Odoi’s goal in the 22nd minute. The Blues at least took the lead until the end of the match.

Rennes was able to equalize the score in the 85th minute through striker, Sehrou Guirassy. However, Giroud who came on for Tammy Abraham in the 69th minute performed heroically by securing Chelsea’s victory in the 90 ‘+ 1.

It is the 34-year-old player’s second goal in eight games with Chelsea this season in all competitions. Even then, he was trusted as starter in only one of them.

“He [Giroud] has put on a performance like he did tonight, he’s a great player for us,” said Lampard to BT Sport, after the match.

“It’s not only the goal that matters, but when he comes in, we have a very physical hold on the ball.”

“I now have a problem because Tammy [Abraham] played well and Olivier in the second half was outstanding. I have two players fighting for the position, but it’s a good problem.”

“He will obtain his play time because we look at a lot of games. You see the reaction to his goals, and it’s not just because his goals were decisive, but it shows what he does every day and the importance he is to the team.”

“They are fighting for the main place. But we know how great and professional Giroud is. Seeing his reaction, he always maintains the right attitude,” he added.

Abraham has lately been Lampard’s favorite including when he scored in the 2-0 win over Newcastle United last weekend.

As for the results against Rennes, Chelsea is at the top of Group E standings with a collection of 10 points.

The Blues are now fighting for the top spot with Sevilla who are second on the same points but lost on goal difference.