Gabriel Magalhaes: From Kitman to a Striker, Manchester City Are Dangerous! 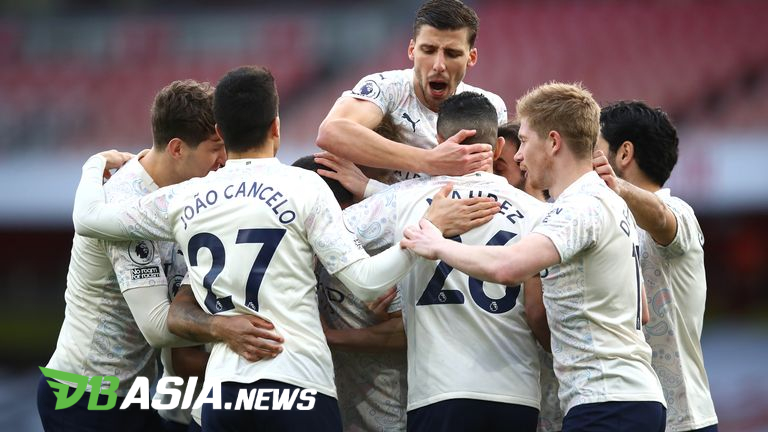 DBasia.news – Arsenal defender Gabriel Magalhaes is wary of Manchester City ahead of their clash in Week 25 of the Premier League which took place at the Emirates Stadium, Sunday (21/02). According to him City is a dangerous opponent.

The Citizens are indeed in the momentum to play. Pep Guardiola’s team is in a never-winning trend and currently tops the Premier League standings. City become the seed ahead of the match later.

Meanwhile Arsenal sit in 10th place in the standings and are still looking for consistency in playing under Mikel Arteta. City have won 17 matches in a row and their attacking power worries Gabriel.

The defender from Brazil jokingly said that City was dangerous in every area, even the kitman or officer who used to prepare things was also called Gabriel dangerous. “They are dangerous from the kitman to the center forward,” Gabriel told the Daily Mail.

Gabriel also confirmed that he would try desperately to keep the movement of his compatriot, Gabriel Jesus in the match. “If we both play I will do my best to stop it,” he said.

Although City seed Gabriel insists Arteta has prepared a plan to face them. “We developed a strategy to face them. We have a good balance and can face any team,” added Gabriel.

Signed from Lille for 25 million pounds, Gabriel immediately became a mainstay in Arsenal’s defense and has appeared 20 times in all competitions. Gabriel is expected to be able to withstand the onslaught of City which won the last seven meetings against Arsenal in the Premier League.

Gabriel Magalhaes: From Kitman to a StrikerManchester City Are Dangerous!