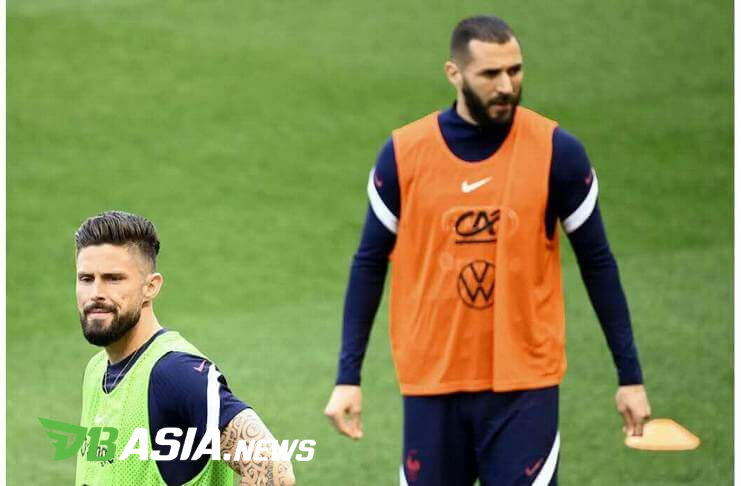 DBasia.news – Chelsea striker Olivier Giroud stated a promise he would make if the French national team wins the 2020 European Cup. If France succeeded in making it happen, he and Karim Benzema would play kart racing together.

As is known, the 2018 (France) World Cup champions will be eagerly awaited this year at the European Cup, as Didier Deschamps recalled Karim Benzema who has been absent for some time and he will play with Giroud for the first time in six years.

Benzema had long been absent from defending France due to a sex video extortion scandal with compatriot Mathieu Valbuena. Now all that has passed and the Real Madrid forward will improve Les Bleus’ front line.

It’s not only Benzema’s comeback that got attention, but also his relationship with Giroud, because last year Benzema teased Giroud and compared himself to Giroud like a Formula One (F1) car and a go-kart.

In other words, Benzema teased Giroud as a slower striker than himself. A year later, Giroud did not hold grudges with the words of the former Olympique Lyonnais player. In fact, Giroud has vowed to go to the karting circuit with him if France wins Euro 2020.

“There’s no reason to do so (vengeance or counter-attack) with Karim,” he told Le Figaro.

“The remarks he made about me made me smile and laugh more than anything. I put myself in his position. It’s not easy to go back like that. You have to know how to forgive and not hold a grudge.”

“We will both celebrate on the karting circuit (if France wins Euro 2020). That would be a great photo!”

Looking at the current squad France that has a complete team with the ideal combination of young and senior players. Giroud and Benzema are two of eight players aged 30 or over who have been summoned by Deschamps.

Besides them are Hugo Lloris, Steve Mandanda, Antoine Griezmann, N’Golo Kante, Moussa Sissoko, and also Wissam Ben Yedder. The rest are players at a mature and young age such as Kylian Mbappe, Jules Kunde, and Marcus Thuram.