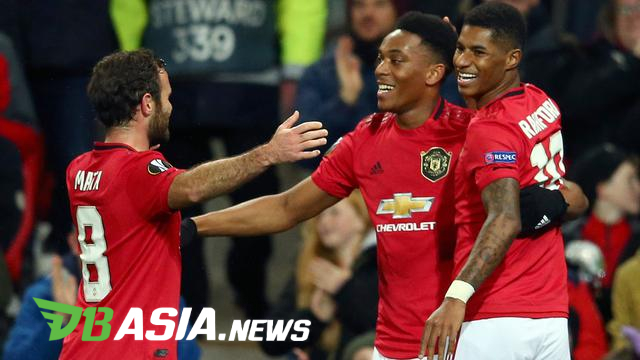 DBasia.news –  Manchester City surrendered 1-2 of their city rivals, Manchester United (MU) in the continuing English League, Sunday (12/08/2019). Man City manager, Pep Guardiola, admitted that the Manchester United trio was the cause of his team’s defeat.

“I like how my team plays. We gave more space, not more than usual, but more than last year against United. “We know about the speed they have with James, Martial and Rashford, but sometimes it’s impossible to control it,” Pep Guardiola said at Soccerway.

United unexpectedly won three points by defeating hosts, Manchester City, 2-1 in the continued match of the English League at the Etihad Stadium Stadium, Sunday (12/08/2019) AM.

In this fight, United’s goals were scored by Marcus Rashford and Anthony Martial. While City scored through Nicolas Otamendi.

According to Pep Guardiola, City actually did not play poorly. However, they were indeed unable to keep up with the speed of the Red Devils’ front lines.

“In general, we do what we like. We arrived at the final third many times. Unfortunately, we can’t finish a little more, but I like watching my team. I know nobody agrees, but I like it, “Pep Guardiola added.

As a result of that defeat, Manchester City are now rooted to the top three of the Premier League standings. The Citizens are 14 points behind Liverpool on the throne.