Handanovic: Inter Have a More Complete Squad than Last Season 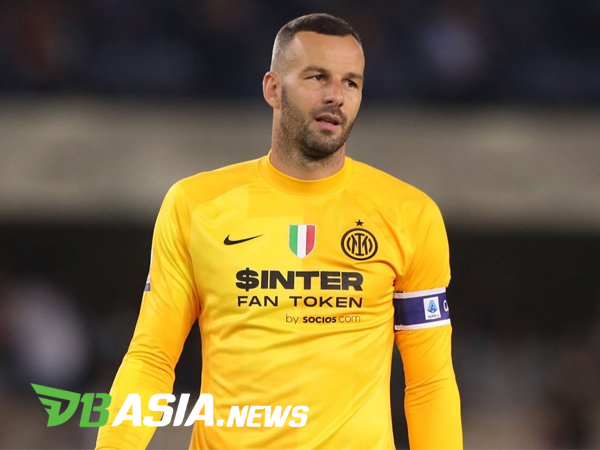 DBasia.news – The departures of Achraf Hakimi and Romelu Lukaku did not weaken Inter Milan. The Nerazzurri were able to start their career in Serie A 2021-2022 smoothly.

The financial crisis forced Inter to sell a number of its stars this summer. Hakimi and Lukaku eventually became victims after being paid handsomely by Paris Saint-Germain (PSG) and Chelsea.

Inter was predicted to be in trouble after being left by Hakimi and Lukaku. The two players did play a key role in their success last season.

But Inter managed to turn the predictions around. Lautaro Martinez and his friends swept the two games early in the season with a win.

In the opening match, Inter beat Genoa with four goals without reply. Verona then became the next victim after being defeated by a score of 1-3.

Inter’s mainstay goalkeeper, Samir Handanovic was not surprised by this impressive result. He also feels that the team he has strengthened has not changed much compared to last season.

“We are still playing with a 3-5-2 formation. Inzaghi has also explained to us where we can improve,” Handanovic told Tuttosport.

“I saw a lot of professional footballers in the locker room. I don’t know if we are stronger or weaker than last season, but we are more complete and we have more experience.”

Inter have indeed succeeded in patching up the departures of Lukaku and Hakimi well. The presence of players such as Hakan Calhanoglu, Edin Dzeko, Denzel Dumfries, to Joaquin Correa added to the quality of this team.

Handanovic also did not forget Conte’s role. He considered his former coach to have instilled a winning mentality in the Inter squad.

“We footballers can only thank Conte even if the last two seasons were really demanding. What amazes me is the mentality he brings to this group, thanks to him, we made the biggest step.”

“Conte is a coach who gets emotional when he talks to his players. He always said the right thing at the right time.”

Handanovic: Inter Have a More Complete Squad than Last Season