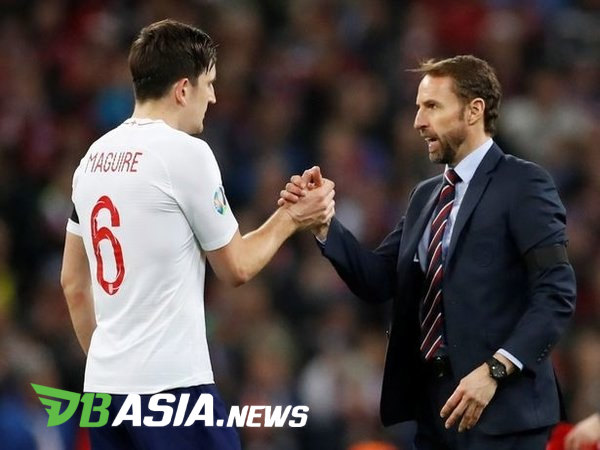 Southgate is under intense pressure after not winning once in a Nations League game so far this month, including a shock 4-0 loss to Hungary.

In that match, England actually appeared dominant, both in terms of ball possession and the number of shots. However, Southgate’s squad failed to score a single goal and conceded up to four goals.

After the match, suddenly people wanted Southgate out of England’s head coach position.

However, Maguire defended his coach. According to him, there has been no English manager as good as him since 1966.

“Garet is the most successful England manager since Sir Alf Ramsey in 1966,” the Man United captain told The Sun.

“We are all looking forward to working with him and with all the team behind the scenes again, at the World Cup,” Maguire stated.

“His managerial record is as good as anyone on the international stage at the moment,” Maguire defended Southgate, from the criticism that has been aimed towards him lately.

For Maguire, there is no important reason if the national team should switch to another coach. In his view, Southgate has everything needed to bring England to glory in the next major events.

“There’s no reason why we can’t do our best, and our goal is to improve from our presence in previous tournaments and make this country proud,” added Maguire.