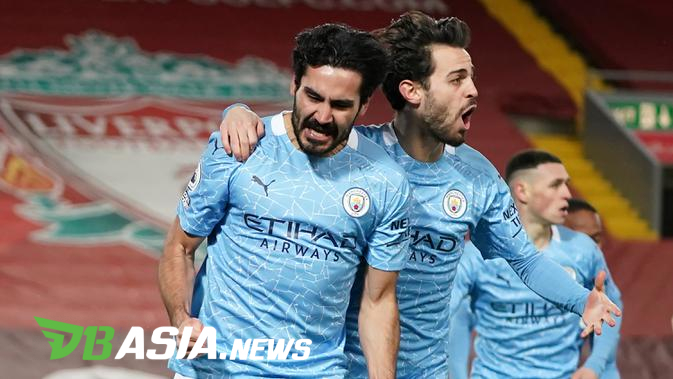 DBasia.news – Manchester City have been fantastic with Pep Guardiola this season. They are trying to chase the Premier League title after last season the title was won by Liverpool.

The Citizens have been unbeaten in 23 matches and continued to stay away from rival teams in the Premier League. The latest, they defeated Jose Mourinho’s team, Tottenham Hotspur with a score of 3-0 at the Etihad Stadium, Sunday (14/02) am, WIB.

Three of City’s goals were scored by Rodri and two goals from Ilkay Gundogan. He performed fantastically in the last two matches, scoring four goals despite his central midfield position.

The ex-Borussia Dortmund player’s formidable form confirms the revival of Gundogan’s career. The 30 year old player has not had a smooth career with an injury that almost ended his career.

The injury was obtained while defending Dortmund and in the first season a serious injury kept him out for almost a year. But Guardiola’s trust in him did not fade. No doubt Gundogan did not give up that trust.

As a result, there is an interesting record that has been calculated since January 2021. According to Opta, Gundogan has played nine times, fired 11 times on target, scored nine goals, provided one assist and created 16 chances.

In fact, that amount exceeds Liverpool’s eight goals in 2021. That’s a special records considering his position in central midfield. The change in the role that Guardiola has given him is key.

“I said many times he could play as a striker, like a false nine, and people laughed. I understand why because he didn’t do it here. But he has the instinct to score goals,” Guardiola said of Gundogan.

“Today was an action for a clear penalty and after that he has the quality to score two goals. He has the tempo to get there. He is great at these moments.”

“He won the award for player of the month. If he continues playing like this in February, he will win it again.”

When asked why Gundogan scored so many goals, Guardiola added: “He is playing closer to the penalty area. When Fernandinho was absent two seasons ago, he was a defensive midfielder and it was difficult to score.”

“Now he is playing close to the striker and he has an extraordinary ability to move into the penalty box. Then there is the finish. When a man shoots like he did for the second goal, Lloris cannot stop him,” explained Guardiola.