In Order to Stay at Barcelona, Griezmann Is Ready to Cut Wages 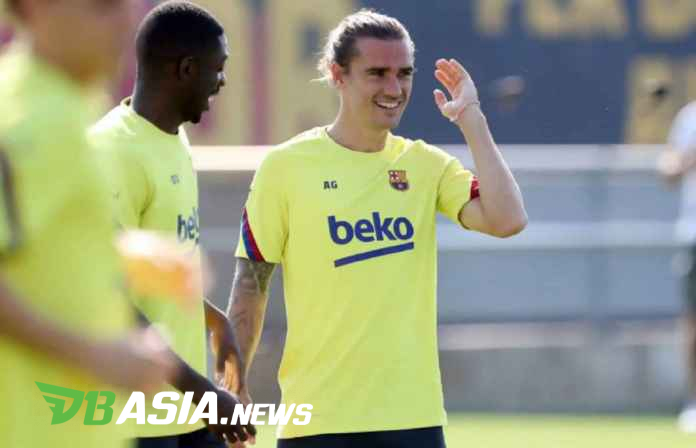 DBasia.news – Antoine Griezmann still wants to strengthen Barcelona in the 2021-2022 season. To make his wish come true, the France international is willing to cut his salary.

Antoine Griezmann is one of the players linked with Barcelona’s exit. In addition, there is Miralem Pjanic and also Samuel Umtiti.

Barcelona are reportedly dissatisfied with Griezmann’s performance. Moreover, Barca need to make savings in order to get out of the financial crisis. If not, the Blaugrana are in danger of going bankrupt.

According to reports, Barcelona are looking to swap Griezmann for Atletico Madrid midfielder Saul Niguez. The two teams have met to negotiate.

However, to date, no agreement has been reached. The reason, Barca want Atletico also give cash. According to Los Cules, Griezmann’s price is higher than Saul’s.

Barcelona also offered Griezmann to a number of Premier League clubs. However, based on news from Diario Sport, Griezmann only wants to move to Los Rojiblancos.

If not, Antoine Griezmann is willing to stay and prove himself worthy of defending Barcelona. In addition, to help Barca’s finances, Griezmann also wants to cut his salary in part.

Now, Barcelona is in a race against time to unravel the tangled thread. Barca need to cut wages to make room for Lionel Messi. Reportedly, Messi is also willing to earn half less than what he earned last season.

Griezmann Is Ready to Cut Wages