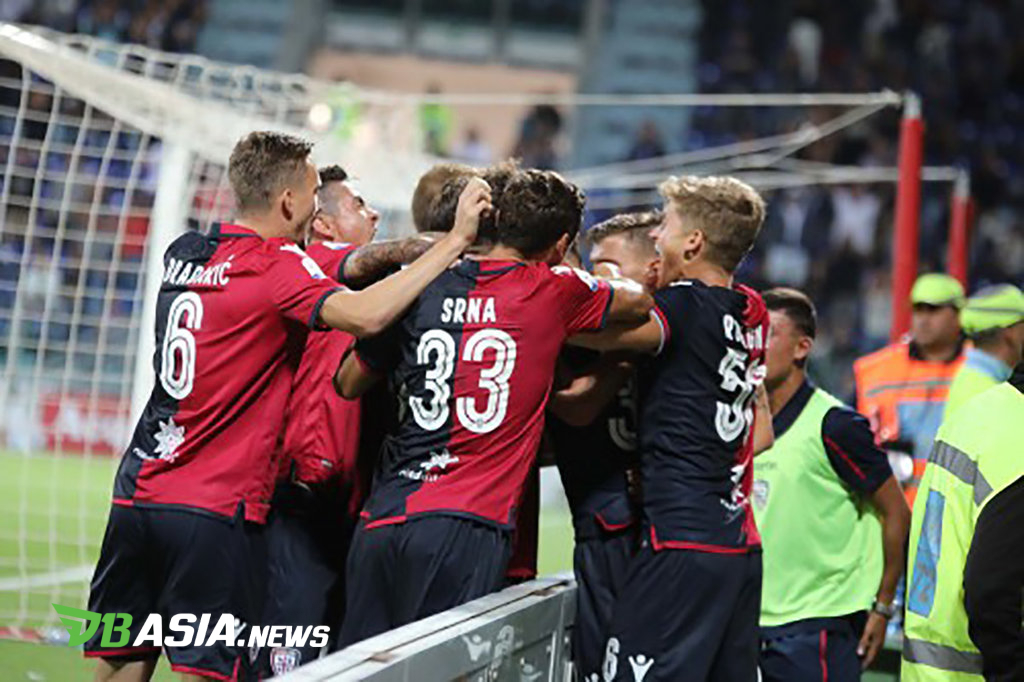 DBasia.news –  After winning 2-1 in the fourth round of the Italian Cup at the Sardegna Arena, Friday (6/12), Cagliari won the match for the second time against Sampdoria.

The two teams met earlier in Tuesday in the Italian League when Cagliari won a 4-3 victory.

Alberto Cerri again contributed a goal for Cagliari after releasing a header from close range when the match lasted only seven minutes.

The Sardinian club had the chance to achieve the second goal, but the dangerous kick of Charalampos Lykogiannis only passed Sampdoria’s goal.

They had to wait until the 48th minute to receive their second goal. Daniele Ragatzu escaped the offside trap to receive Artur Ionita’s pass, and he shot the ball into Sampdoria’s goal from a narrow angle.

Coach Claudio Ranieri finally entered Manolo Gabbiadini in the 85th minute. He only needed two minutes to score a goal when Gabbiadini controlled the ball well and turned in the penalty box to direct the ball into the corner of Cagliari.

The match then took place fiercely and Sampdoria were uplifted. Ronaldo Vieira forced goalkeeper, Robin Olsen, to save, Morten Thorsby’s effort from close range widened, and Olsen thwarted another dangerous opportunity from Gabbiadini.

Cagliari will face Inter Milan in the top 16.

In another Italian Cup match, Parma secured a 2-1 win over their guest, Frosinone. Luca Siligardi opened Parma’s lead in the 20th minute, before Marcello Trotta equalized for Frosinone in the 71st minute.

In the next round, Parma will be hosted by the capital club, AS Roma.