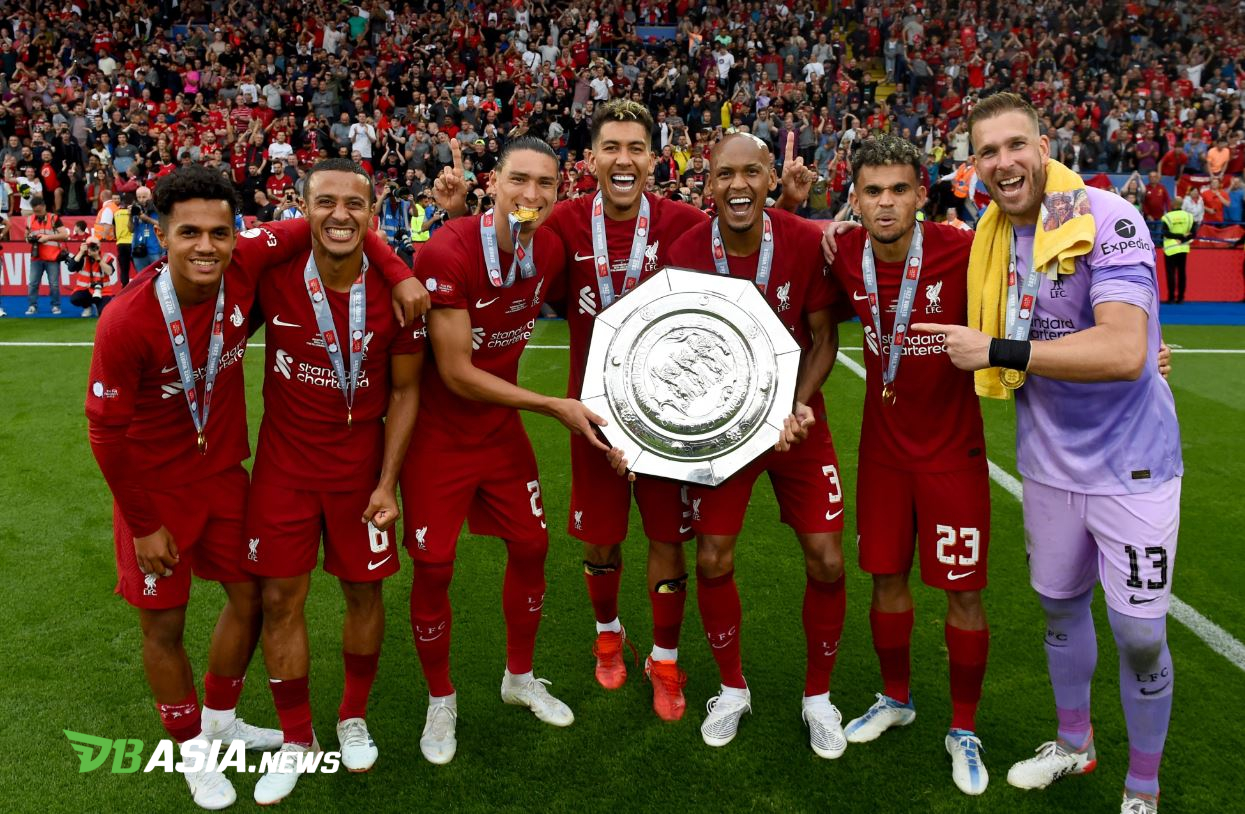 DBasia.news – The 2022 Community Shield has been held on (30/7/2022), at the King Power Stadium. Defending FA Cup champions Liverpool managed to overthrow defending champions Manchester City with a score of 3-1.

Control of the ball for both teams is relatively tight. Liverpool had 42 percent control compared to Man City’s 58, releasing 15 shots (four on target) and 14 Man City shots (eight on target).

Liverpool were more efficient in converting it into goals through Trent Alexander-Arnold (21′), Mohamed Salah’s penalty (83′) and Darwin Nunez (90+4′) which was reduced by goals from Argentine striker Julian Alvarez (70′).

Liverpool also became the second team, shared with Arsenal, as the team that won the most Community Shield with 16 trophies. Manchester United is still in first place with a total of 21 Community Shield trophies.

In addition, according to Squawka Jurgen Klopp ensured a clean sweep of domestic titles in England. Klopp has won the Premier League, FA Cup, League Cup and now completes it with the Community Shield.

“Everyone (Klopp was happy with the game), I liked the whole game. We were that early (in the season), I like the problems we have in the game, especially when you win. I really like problems because you have to work on them. I know we have to work,” Klopp explained on Liverpool’s official website.

“For me it was an interesting game to watch. It’s the most difficult opponent you can get. They don’t get worse or anything, they just strengthen and improve and improve and you look at the squad, the players they can bring.”

“The (Man City) squad is very experienced (and) the quality is proven and we have room to improve from the bench, but I’m really excited about that, (about) what’s going to happen there.”

In addition to the number of Community Shields that have been won and Jurgen Klopp’s record, BolaSkor.com also summarizes other interesting records. Here’s the full description:

4. Mo Salah has been directly involved in 13 goals for Liverpool against Man City (eight goals and five assists). Most records against one team while defending Liverpool.

5. Julian Alvarez became the third Argentine player to score in the Community Shield, previously there were Sergio Aguero (twice) and Carlos Tevez. All three while defending Man City.