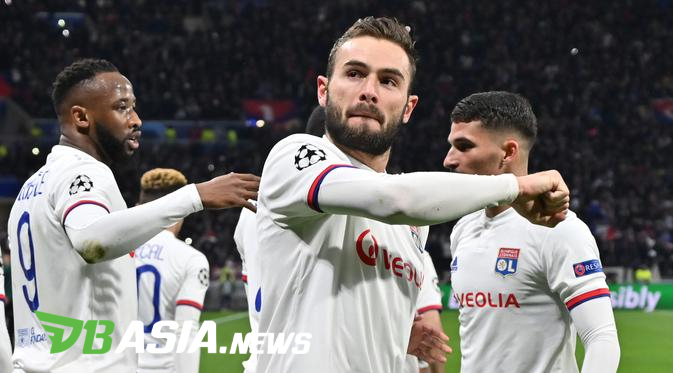 DBasia.news –  The surprise happened in the last two matches of the first leg of the Champions League 2019-20 which took place Thursday (2/27) AM. The two big teams that are predicted to win are Juventus and Real Madrid who were able to be overthrown.

Starting from the match at Parc Olympique Lyonnais, the headquarters of Olympique Lyonnais. Unexpectedly, Lyon by Rudi Garcia defeated the defending Serie A champions and one of the Champions League victor, Juventus.

Lyon won 1-0 from a goal scored by Lucas Tousart in the 31st minute. The home side were able to trouble Juventus with an organized defense on tactics 3-4-3. That evidence can be seen from Juventus’ 14 kick attempts which none was on target.

Cristiano Ronaldo and colleagues dominated possession of the ball by 64 percent compared to 36 percent of Lyon. Lyon also released 12 attempted kicks and two of them were on target. These results ended Lyon’s curse on Juventus after losing in three previous meetings.

Continuing to Santiago Bernabeu, Real Madrid are without a win in three straight matches in all competitions. Manchester City delivered a shock defeat with a 2-1 victory through goals scored by Gabriel Jesus (78 ‘) and Kevin De Bruyne (83’ penalty).

Real Madrid only responded with Isco’s goal on the 60th minute. Even worse, El Real also played with 10 players since Sergio Ramos was sent off on the 86th minute. Despite playing at home, Man City who was under Pep Guardiola played more attractively.

Man City won the match against Real Madrid for the first time in their history. Pep Guardiola’s never losing record at the Santiago Bernabeu was maintained.