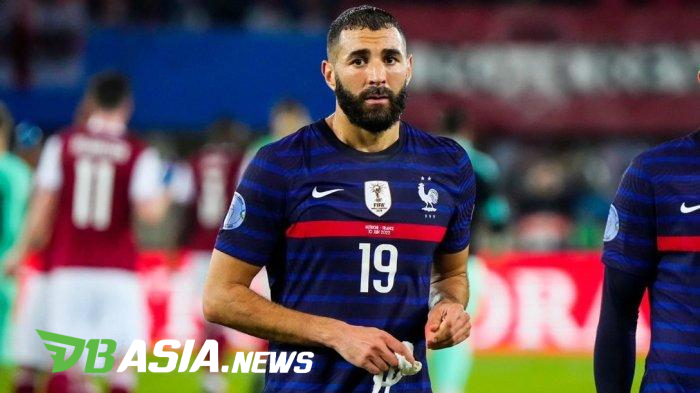 DBasia.news – Karim Benzema has lately experienced unfortunate luck. It is certain that the French national team striker will fail to compete in the 2022 World Cup.

Benzema is actually included in the list of 26 French national team players competing in the 2022 World Cup. The Real Madrid striker has even become one of Didier Deschamps’ mainstays up front.

However, Benzema suffered an injury during a training session on Saturday (19/11). After undergoing examinations, it was confirmed that the 34-year-old player would not recover in time.

“With injury to the front of the left thigh, Karim Benzema was forced to cancel his participation in the 2022 World Cup. All team members share Karim’s sadness and wish him a speedy recovery,” read the official statement from the French national team.

After his injury, Benzema immediately underwent an MRI examination. As a result, the player must at least undergo three weeks of recovery.

“I am sad for Karim who made this World Cup his main goal. Despite the new blow for the French team, I have full faith in my team,” said Deschamps

“We will do everything to face the great challenges that await us.”

Missing the 2022 World Cup was a major blow for Benzema. Moreover, he was also absent in the previous edition, four years ago.

“In life, I never give up. But tonight I have to think about the team like I always do,” state Benzema.

“This is my reason to leave my place and give it to someone who can help our team make a good World Cup. Thank you for all your messages of support.”