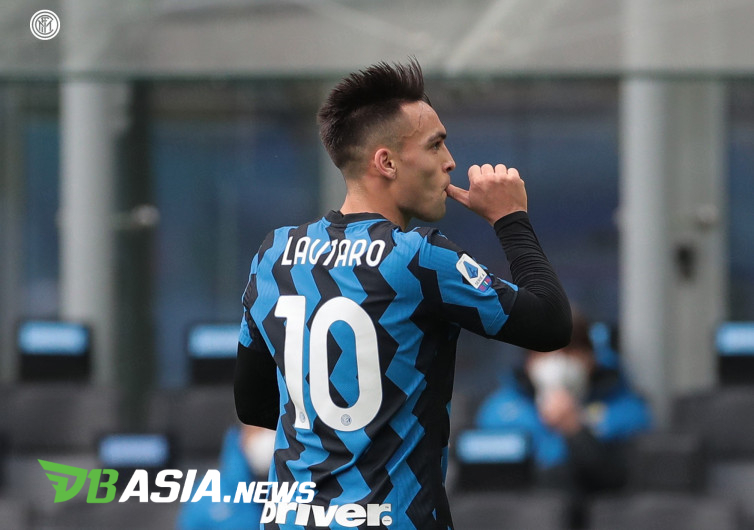 DBasia.news – Inter Milan striker, Lautaro Martinez performed well when he faced Crotone in the week 15 match of the 2020-2021 Serie A, at the Stadio Giuseppe Meazza, Sunday (3/1). Lautaro packed a new record on the hat trick in the duel.

Inter Milan were behind first in the 12th minute through a header from Niccolo Zanellato. However, Lautaro Martinez’s action in the 20th minute and an own goal from Luca Marrone (31 ‘) has put La Beneamata 2-1 up.

Unfortunately, Inter were caught off guard. Arturo Vidal had a foul in the forbidden box. Vladimir Golemic who was appointed as the executioner did a good job in the 36th minute.

In the second half, Inter Milan stepped on the pedal. The player who is the creator is Lautaro Martinez. The Argentine forward scored two goals (57 ‘, 78’) for a hat trick.

According to Opta Joe, Lautaro Martinez scored his first hat trick in Serie A. The goals he created came from his right foot, left foot and head.

It was the first hat trick for an Inter player since Mauro Icardi did so in March 2017 against Atalanta.

This victory means a lot for Inter Milan to continue to be at the top of the standings. Currently, the Nerazzurri occupy the top position, two points ahead of Milan, who only played on Monday (4/1).