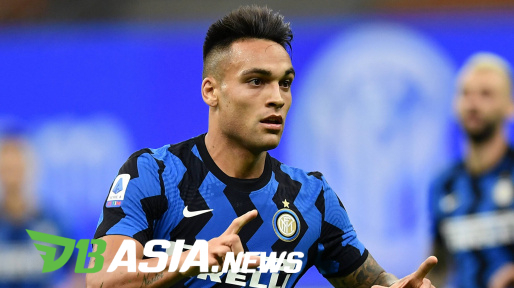 DBasia.news – Lautaro Martinez seemed to be discouraged from leaving Inter Milan. The Argentine forward is now rumored to be signing a contract extension soon.

Lautaro was Barcelona’s main target in the transfer market last summer. Unfortunately, the financial crisis that hit the Blaugrana has made his move to Camp Nou canceled.

That failure seems to affect Lautaro’s focus with Inter. His goal productivity had indeed decreased at the start of the 2020-2021 season.

It was fortunate that Lautaro was able to quickly find his best performance again. He has now packed ten goals in 27 appearances in all competitions.

Reporting from La Gazzetta dello Sport, Lautaro has agreed to extend his contract with Inter. This new deal will keep him at the Giuseppe Meazza until 2024.

Lautaro’s salary has also increased significantly under this new contract. He will receive a salary of 4.5 million euros per season or an increase of 2 million euros from previously received.

Even so, this amount is lower than Lautaro’s initial request of 7.5 million euros. But he understands the financial difficulties Inter experienced during the coronavirus pandemic.

This condition has made it difficult for other clubs to hijack Lautaro from Inter. The Nerazzurri can also freely determine the player’s price should they need fresh funds at any time.