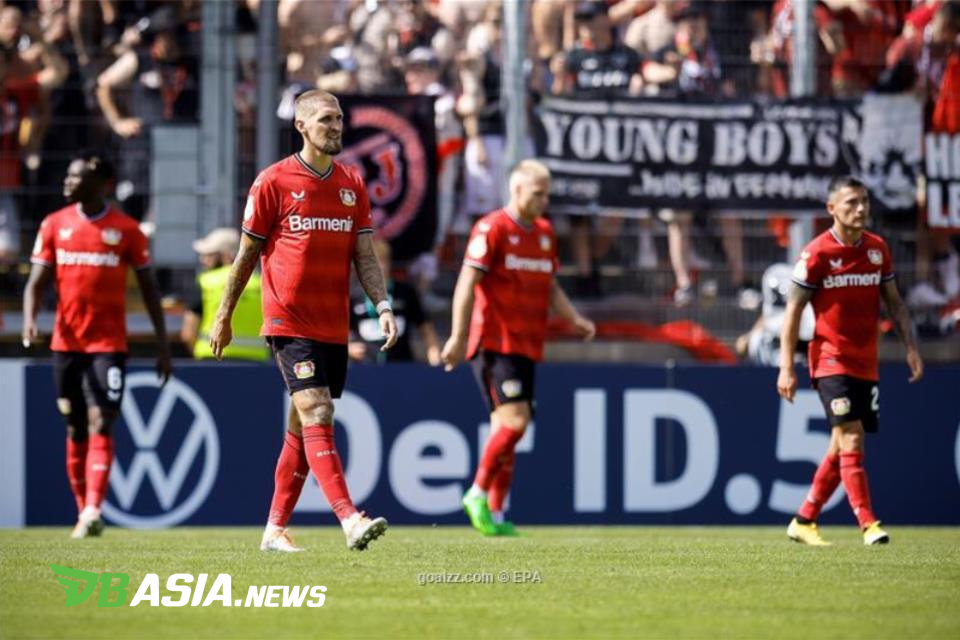 DBasia.news – Bayer Leverkusen should start their season on a black note after being knocked out by third-tier side SV Elversberg from the DFB Pokal Cup after losing 3-4 in the first round match at home.

Elversberg took the lead three times in the first half after Leverkusen struggled to equalize twice.

The hosts did not allow their opponents to equalize again in the second half and were given some reassurance when Kevin Conrad scored a fourth with a header in the 74th minute.

Leverkusen, who wasted many chances in the first half and failed to control the defense well, could only reduce the margin of defeat to 3-4 through Patrik Schick’s goal a minute before normal dispersal.

The result saw Leverkusen fail to get past the first round of the DFB Pokal for the first time in 11 years and practically demanded Gerardo Seoane’s side immediately improve their form before undergoing their German League opener at Borussia Dortmund on Saturday (6/8) next week.

Dortmund has stepped into the second round of the DFB Pokal after a 3-0 win over another third caste team, TSV 1860 Munich.

Another top-flight side, VfL Wolfsburg, had to struggle past fourth-tier side Carl Zeinss Jena and needed a Rene Lange own goal in second-half injury time to qualify.

Meanwhile Cologne became another top caste team that had to leave in the first round after losing 3-4 on penalties against second tier club Jahn Regensburg.