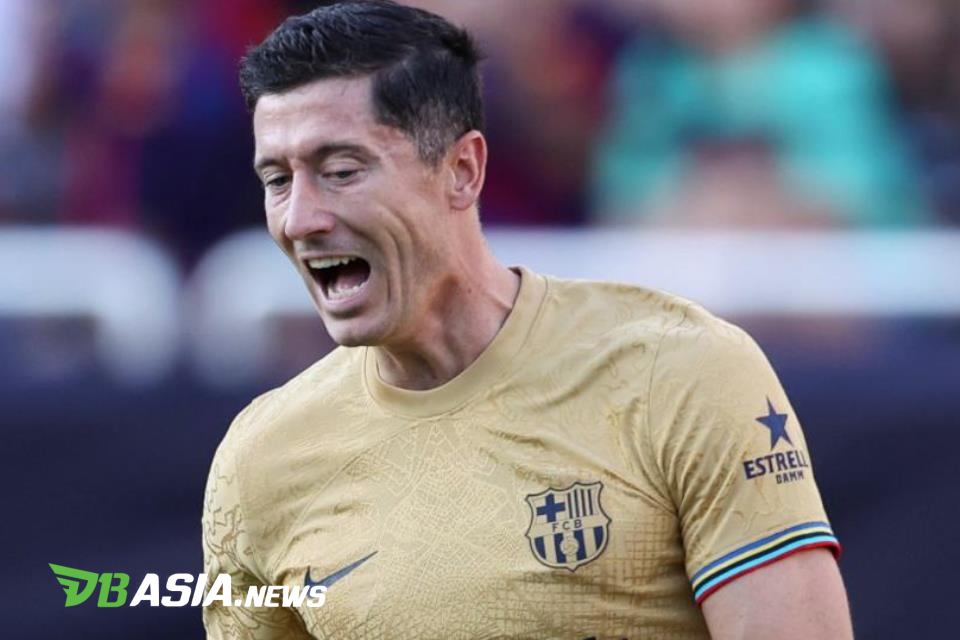 DBasia.news – On the continuation of Barcelona’s pre-season tour, Robert Lewandowski failed to score again. Coach Xavi Hernandez, remembers his former teammate from a while back.

Lewandowski appeared as a starter in the match. He played a total of 73 minutes before being replaced by Memphis Depay.

Lewandowski was excited to score his first goal in a Barcelona shirt. His team mates are also trying hard to help make this happen.

Lewandowski had a golden opportunity in the middle of the first half. Unfortunately, he failed to score even though he was not guarded in the penalty box.

Lewandowski appeared frustrated after failing to score again. He left the field with an unhappy expression.

Xavi could sense Lewandowski’s frustration. But he strongly believes his new striker will soon open a goal account and be unstoppable.

“Lewandowski is frustrated, but that’s normal. The same thing happened to Luis Suarez when he arrived,” Xavi said after the game.

“He (Lewandowski) will eventually score.”

Suarez did have time to feel experience Lewandowski at the beginning of his arrival at Barcelona, ​​the summer of 2014. He had to wait up to ten games to score his first goal.

After moving, Suarez was able to immediately strengthen Barcelona as he was serving a ban from FIFA. This hampered his adaptation period at Camp Nou.

These conditions made Suarez unable to immediately explode when making his debut, three months later. Moreover, that moment occurred in a match titled El Clasico against Real Madrid.

But after scoring the first goal, Suarez seemed unstoppable. He even formed a feared front trio with Lionel Messi and Neymar.

It is possible that Lewandowski will follow in Suarez’s footsteps. But Xavi and Barcelona certainly hope that the Polish striker will immediately step on the gas since the 2022-2023 LaLiga opener.