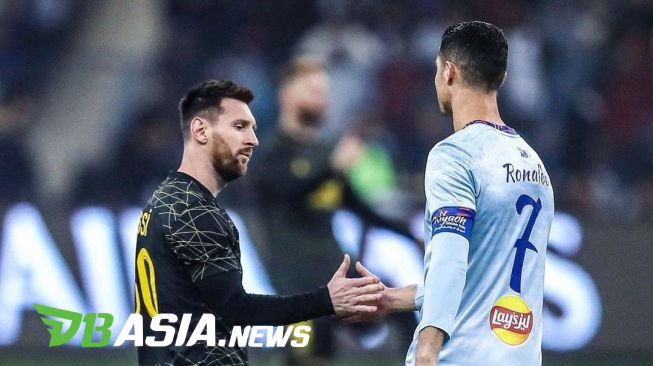 DBasia.news – In what might be the final showdown between two of football’s greatest ever players, both Lionel Messi and Cristiano Ronaldo appeared at trials in Riyadh.

It was Messi’s first game since returning to the club after his historic World Cup triumph in December, and the pressure was on rival Ronaldo to make an impact, leading the All-Star XI after signing for Al-Nassr in the previous weeks.

While this is not a battle worthy of LaLiga and Champions League in years gone by, it is certainly a landmark event and a contest that marks the end of an era.

In last night’s game, the All-Stars tried their best, but Anderson Talisca’s injury-time strike was not enough to catch up with previous goals from Messi, Marquinhos, Sergio Ramos, Kylian Mbappe and Hugo Ekitike as the match finished 5-4 in favor of Les Parisiens.

Messi had the first laugh, but Ronaldo won Man of the Match. The Portugal star scored his first goal from the penalty spot, while the 37-year-old player’s second was far more impressive. He rattled the post with his trademark header, before reacting first to grab the rebound and slot the ball home.

Sure, it was only a friendly match, but the crowd cheered wildly for the five-time Ballon d’Or winner and understandably so. Al-Nassr fans in particular will be delighted by what they see.

Keylor Navas should forget about his appearance in the Middle East, which could be his last game for PSG. He missed a cross and bumped into Ronaldo for the penalty for the first goal, and appeared uncertain for the rest of the game. It is clear why Christophe Galtier chose Gianluigi Donnarumma as the club’s first choice goalkeeper this season.

For Messi and PSG, the focus quickly turned to their fight for trophies. They play in the Coupe de France on Monday before returning to Ligue 1 action, with their Champions League last-16 tie against Bayern Munich less than a month away. Meanwhile, all eyes in Saudi Arabia will be on Ronaldo’s impending debut for Al-Nassr. After scoring two goals in a friendly match against PSG, his enthusiasm level increased many times over.