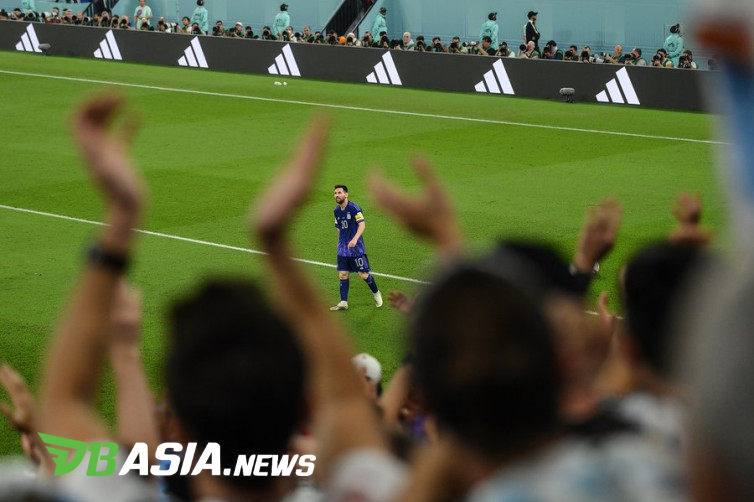 DBasia.news – Lionel Messi, star of the Argentina national team, opened up regarding the duel against Australia in the last 16 of the 2022 World Cup. The Paris Saint-Germain (PSG) striker refuses to underestimate Australia.

Argentina won Group C after defeating Poland in the final game. Argentina won 2-0 thanks to goals from Alexis Mac Allister and Julian Alvarez.

In the last 16, Argentina will challenge Australia, who are surprisingly the runner-up in Group D. The match will take place at the Ahmad bin Ali Stadium on Sunday (4/12).

Judging by the strength of the two teams, Argentina are clearly superior. However, Lionel Messi does not want La Albiceleste to be conceited. Moreover, Argentina has had the bitter experience of being defeated by a team of lower quality, Saudi Arabia.

“The match against Australia will be challenging. Anyone can beat each other. Everything is balanced,” said Lionel Messi as reported by Metro.

“We have to prepare for the match as we usually do, in the best way,” added the former Barcelona player.

“We need to calm down and take one game at a time. Now, another World Cup starts and hopefully we can continue what we did today.”

“The previous match against Mexico calmed us. We entered the field today thinking we have to win,” he commented.

Meanwhile, regarding the failure of his penalty, Messi admitted that he was furious. Fortunately, Argentina has other ways to score goals.

“I was furious because I missed a penalty. However, the team became stronger after my mistake. We knew when the first goal was created, it would change the game,” stated Lionel Messi.