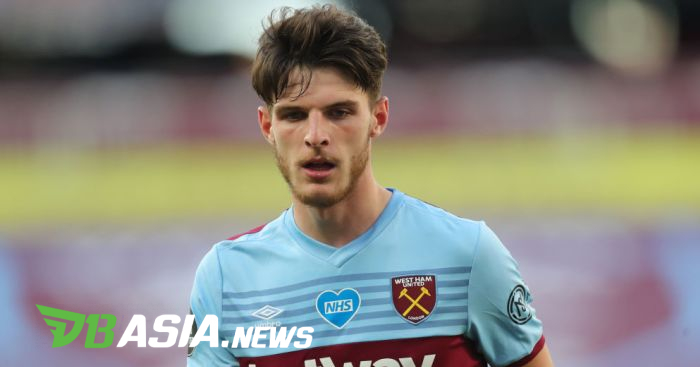 DBasia.news – The entry of Thomas Tuchel as Chelsea manager to replace Frank Lampard changed the list of targeted players for the summer transfer market. One of them is West Ham United midfielder Declan Rice.

The English player, who is a product of the Chelsea academy, was linked with the Blues. Apart from England’s Lampard, Rice is also on good terms with his compatriot Mason Mount and Lampard wants him.

However, that situation changed. Ian McGarry at the Transfer Window Podcast said that now Chelsea are no longer eyeing the 22-year-old player. However, Chelsea’s withdrawal made Liverpool and Manchester United in the hunt for Rice.

“He is no longer on the transfer list for a possible signing for the Stamford Bridge club, but he has definitely aroused interest in Liverpool and Manchester United,” said Ian McGarry.

“Both have expressed interest in Rice’s agent, as we understand it, and they have asked to be kept informed of any offers made for the England international.”

Express also said Chelsea had withdrawn from the hunt for Declan Rice. No doubt Liverpool and MU can now focus on competing for Rice. At a young age, Rice had the quality and experience of playing in midfield.

This season Rice has played 27 times in all competitions with a record of one goal and one assist. He became a mainstay of David Moyes in the Hammers midfield along with Tomas Soucek and the team became the dark horse of European zone competition. The official price is 55 million euros.